Background: The success of catheter ablation in patients with long-standing persistent AF remains disappointingly low, with reported success rates less than 50% at one year. The minimally invasive video assisted thoracoscopic surgical (VATS) ablation followed by catheter ablation (‘hybrid ablation’) may be an effective alternative in these patients; however, there is still limited data on procedural success as published data reported small number of patients.
Objective: We sought to examine the amount of AF burden experienced by hybrid ablation procedural failures at one year.
Methods: From March 1, 2013 to October 17, 2018 we prospectively collected data on all patients who underwent VATS ablation followed by endocardial ablation for atrial fibrillation at our institution. Demographics, complications and ambulatory monitoring, including AF burden was obtained at 3 months and annually thereafter.
Results: There were 486 consecutive intent to treat hybrid ablation patients (mean age 67.2±9.2, 21% females, BMI 30.4±6.3) The proportion of paroxysmal, persistent and long-standing persistent AF was 3%, 40%, and 57% respectively. Early paroxysmal patients were accepted for left atrial appendage closure necessitated by history of cerebral vascular accident or history of major bleed as defined by International Society on Thrombosis and Haemostasis (ISTH). The one year cohort does not include patients who underwent VATS only (56), on pump open maze (18) or patients followed in another study (4). Major complications include conversion to open thoracotomy (1%), stroke (1.6%), and death within 30 days (1%). One year rhythm results were obtained from 322 of 391 hybrids (83%) with a success rate of 88%. Over 6366 monitored days we noted AF burden in failed patients ranges from 0.0001% -100%. Half of these failures show less than 10% burden on ambulatory monitor.
Conclusion: In the largest series to date, which utilized intensive post-operative monitoring, the hybrid ablation maintained freedom of AF in 88% of patients at one year, including patients with long-standing persistent AF. A low burden of AF in at least half of failures show clear clinical success and demonstrate the importance of hybrid ablation.
Collapse 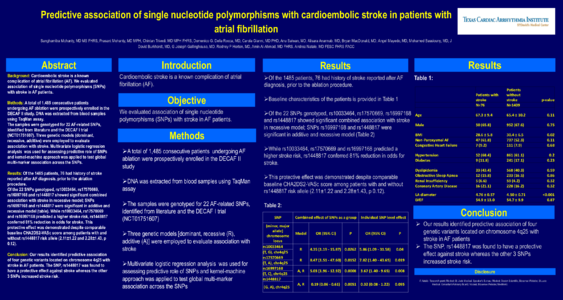 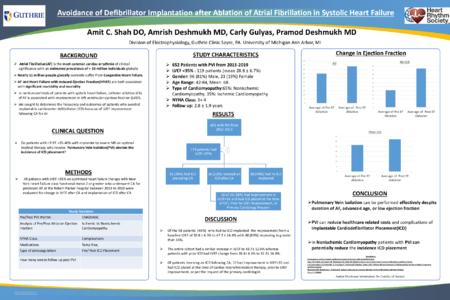 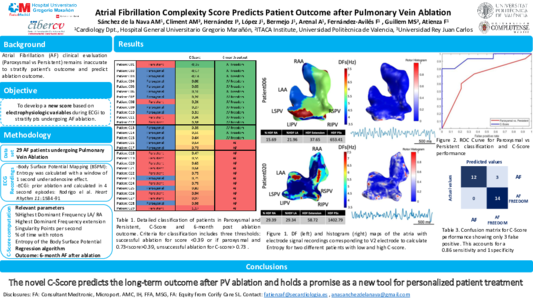 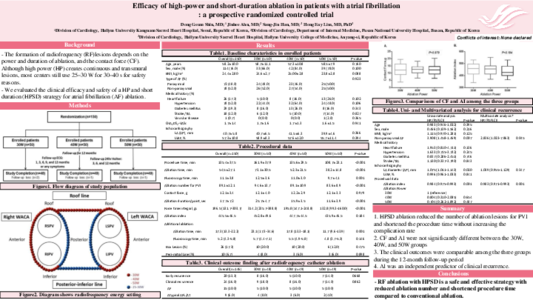 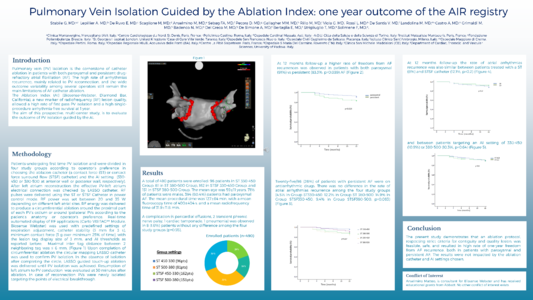 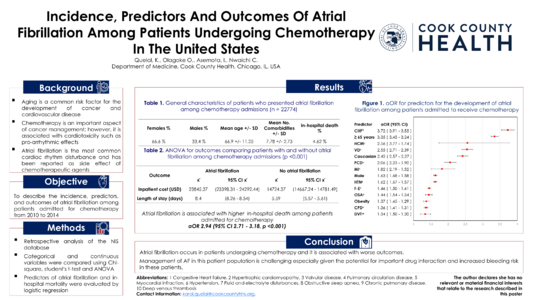 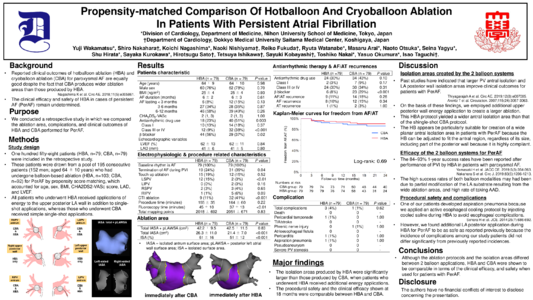