Background: Lesion control may be difficult during ethanol infusion (EI) to the vein of Marshall (VOM).
Objective: We present a 83-year-old woman, who came for RF ablation of an post-AF ablation AT after three ablation procedures: 1st: PVI+CTI, 2nd: Posterior LA isolation, 3rd: Multiple anterior lines for perimitral flutter (PMF).
Results: The activation map created during LAA pacing showed extensive scar in the posterior and anterior walls with activation appearing at the septal edge of the anterior scar (Panel 1). No EGMs were identified even by mini-electrode catheter (INTELLATIP MIFI™ OI, Boston Scientific) in the anterior-roof scar area. Although low-output pacing in this area did not capture the LA, high-output did (Panel 2). The activation map of an easily inducible clinical AT (CL=409ms) showed a centrifugal pattern from the ridge between the LSPV and LAA. However, the AT demonstrated a PPI-TCL<20ms on the ridge, CS and septal LA, and was diagnosed as PMF using a long epicardial bypass tract on the anterior roof (Panel 3). Endocardial RF applications failed to affect the AT, so EI to the VOM was performed. Because of a risk of the LAA being isolated with mitral isthmus block, the location of the inferior ridge was tagged on the mapping system, and only the distal VOM branch corresponding to this region was selectively targeted for EI under fluoroscopic guidance (Panel 4). 1ml-EI terminated the AT, and the SR activation map showed the selective scar region on the ridge without LAA isolation. (Panel 5).
Conclusion: Long epicardial conduction bypassing the roof-anterior scar associated with the AT-circuit was successfully treated by selective EI to the distal VOM. 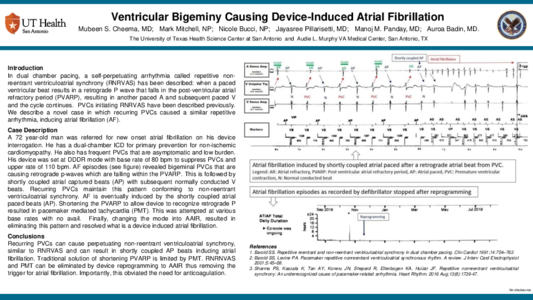 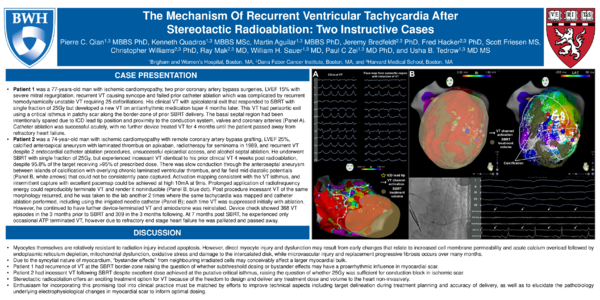 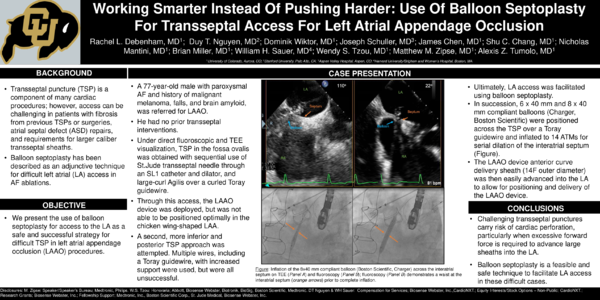 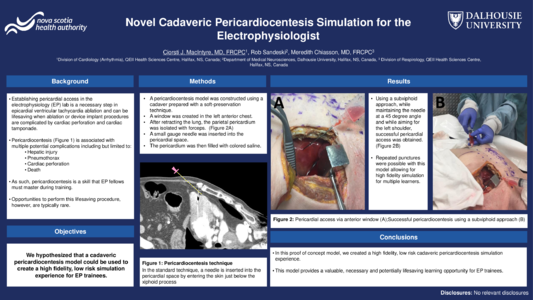 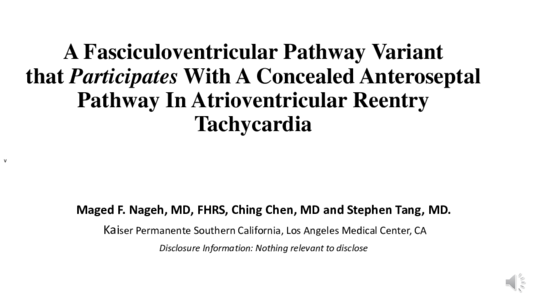 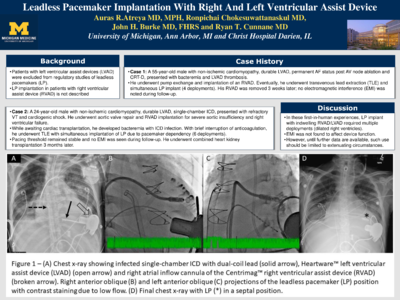 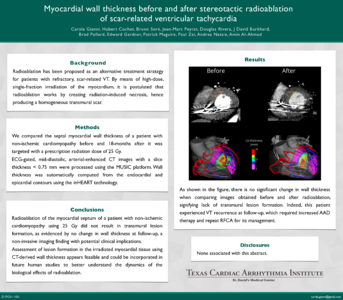 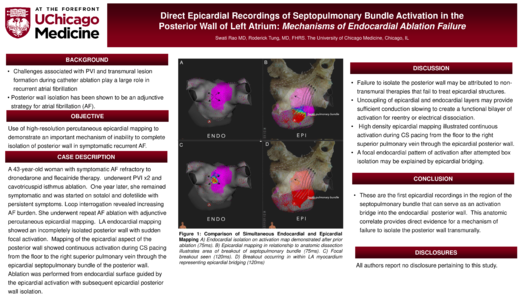 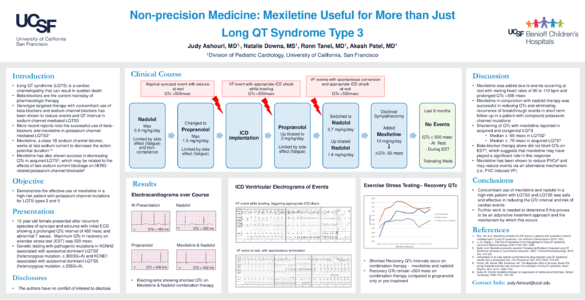