Background: Atrial fibrillation (AF) increases energy demand for contractile and electrical activity. Changes in left atrial (LA) protein expression of AF patients are poorly understood.
Objective: We tested the hypothesis that patients in AF at surgery would have increased expression of mitochondrial proteins to meet the increased energetic demand.
Methods: Proteomic analysis was performed on LA appendage tissue obtained from 12 AF patients undergoing Maze surgery (8 were in sinus rhythm (SR) at time of surgery: 4 had a history of paroxysmal AF and 4 persistent AF). Patients in AF (n=4) at surgery had a history of persistent AF. Mass spectrometry identified 3090 proteins.
Results: In AF compared to SR, 407 proteins were differentially expressed (p<0.05), and 16 of these proteins are involved in oxidative phosphorylation (Fig 1A). Proteins in complex I, complex III, and complex IV of the electron transport chain were increased, including MT-ND1, a complex I protein encoded by mtDNA. Expression of SDHB (complex II), as well as NDUFA5 and NDUFA6 (complex I), were decreased. MYL5 was among the most significant differentially expressed proteins and was accompanied by changes in expression of 10 other myofibrillar proteins (Fig 1B). Additionally, 11 previously identified potential AF-risk genes were significantly altered (Fig 1C).
Conclusion: Expression of both metabolic and myofibrillar proteins is altered in human AF. While increased expression of most mitochondrial proteins may reflect an attempt to meet the energetic and contractile demands of AF, concomitant decreased expression of some of these proteins may compromise efficiency and contribute to an AF substrate. 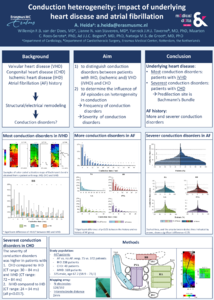 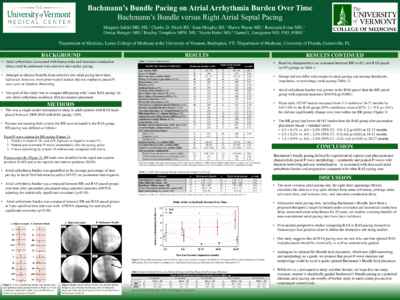 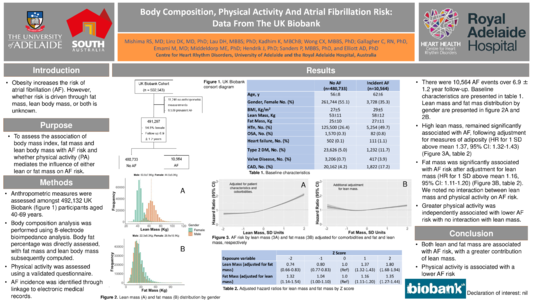 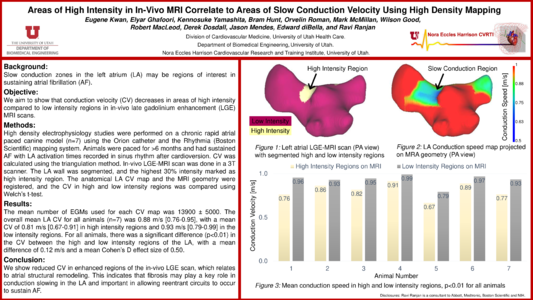 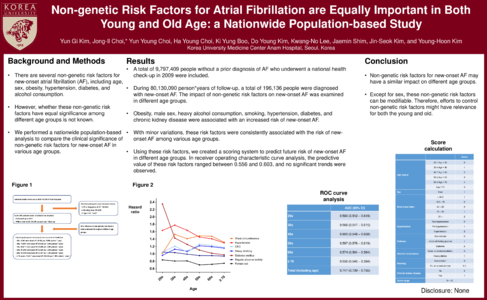 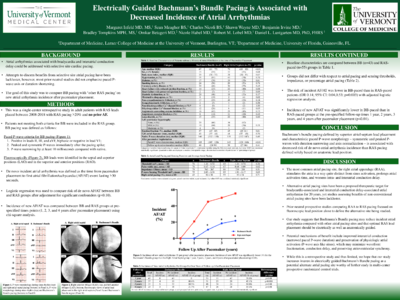 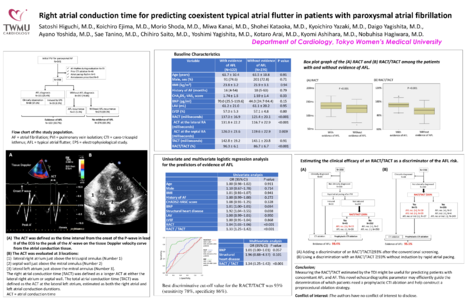 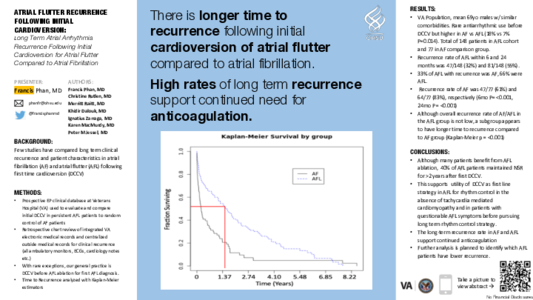 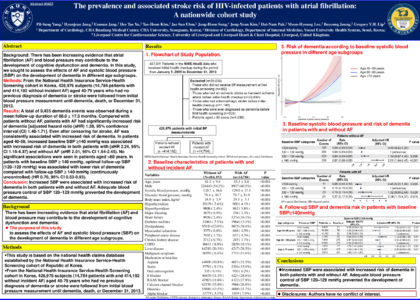