Background: The use of implantable cardioverter-defibrillators (ICD) is recommended for the primary prevention of sudden cardiac death in patients with myocardial infarction (MI) and low left ventricular ejection fraction (LVEF). Many patients, however, never receive appropriate ICD intervention. Our current risk stratification tool, based on LVEF, therefore, needs to be improved.
Objective: We studied whether MI scar characteristics, assessed by late gadolinium enhancement cardiac magnetic resonance (LGE-MRI), could reliably predict the occurrence of ventricular tachycardia (VT) and ventricular fibrillation (VF)
Methods: We enrolled 181 patients with a remote MI (>6 months) and a class I prophylactic ICD indication who underwent LGE-MRI prior to ICD implantation. Twenty-four LGE-MRI parameters were measured in each patient. The primary outcome was the occurrence of VT/VF after ICD implantation. The population was randomly split in two groups: the ‘‘Derivation Group’’ (n=91) and the ‘‘Validation Group’’ (n=90). The Derivation Group served to develop the LGE-MRI model to predict VT/VF occurrence and the Validation Group served to verify its accuracy
Results: During a mean (±SD) follow-up of 80.3±37.2 months, the primary study endpoint occurred in 36 patients in the Derivation Group and in 30 patients in the Validation Group (p=0.38). The presence of an intramural scar ≥1.47 cm2 at infarct border zone was the best LGE-MRI model to predict VT/VF in the Derivation Group (p<0.0001) and was found highly predictive of the occurrence of VT/VF in the Validation Group (p<0.0001), with a sensitivity of 97%, a specificity of 42%, a positive predictive value of 45% and a negative predictive value of 96%.
Conclusion: In post-infarct patients with an impaired LVEF, the absence of a critical intramural scar surface ≥1.47cm² at infarct border indicates a low likelihood of the occurrence of VT/VF
Collapse 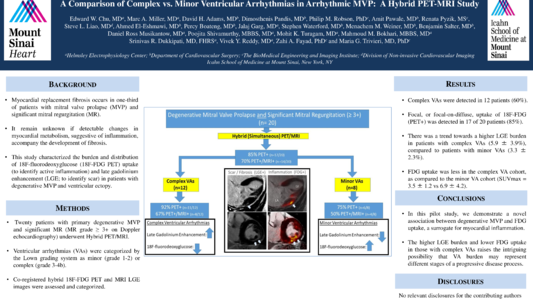 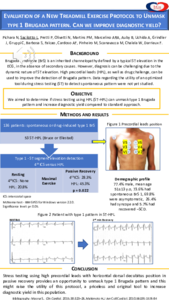 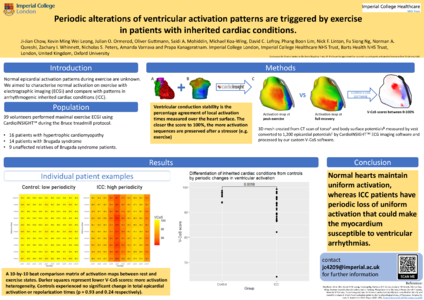 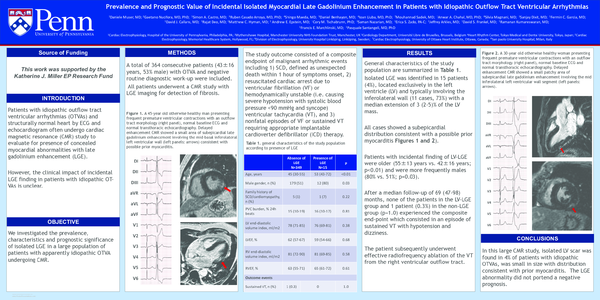 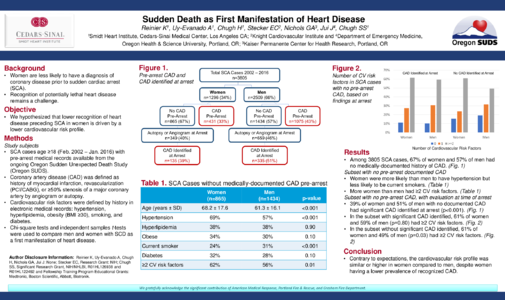 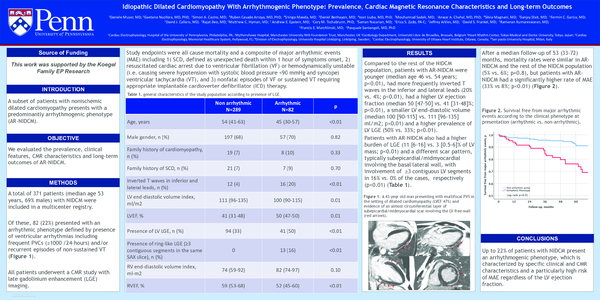