Background: The QT interval serves as a surrogate bio-marker for ventricular repolarization. Variance in QT intervals can clinically lead to pro-arrhythmia and sudden cardiac death. An insertable cardiac monitor (ICM) for long term continuous monitoring of QT interval may provide diagnostic value.
Objective: Evaluation of performance of a QT detection algorithm designed for continuous long-term monitoring of QT using an ICM.
Methods: The QT algorithm was designed to detect the highest slew of the T-wave in a window after an R-wave to determine the QT interval. The algorithm was developed and validated using ECG strips stored in an ICM from real world patients. 12-beat QT interval median was considered for evaluating the performance. All ECG strips were manually annotated and true QT and algorithm detected QT are compared using the Pearson’s correlation coefficient and Bland Altman plot.
Results: The validation data set consisted of 104 nightly ECG strips (each 10s) from patients with Diabetes and Long QT syndrome and 136 patient activated episodes (30s ECG snippets) during a follow-up of 1 year from patients with an ICM for unexplained syncope indication in March, 2014 (Reveal LINQ). The dataset had over 6,200 beats from 86 patients. The QT estimated by the algorithm correlated with the annotated QT intervals with a Pearson’s correlation coefficient of 0.93 (p<0.001,Fig A). The mean of the difference between computed and annotated QT was -7 ms and the lower and upper limits of agreement were -38 and 23 ms (Fig B).
Conclusion: The QT interval estimated by our novel predictive ICM algorithm demonstrates a statistically high correlation with manually annotated QT for ICM ECG data in real-world patients. 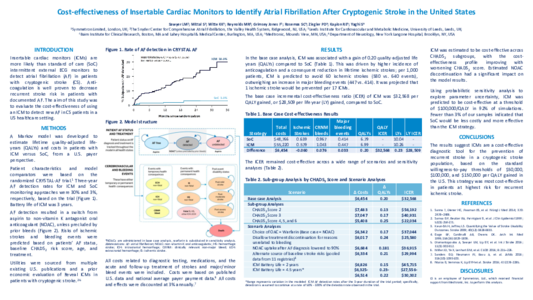 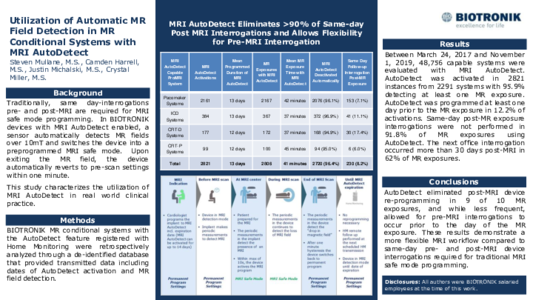 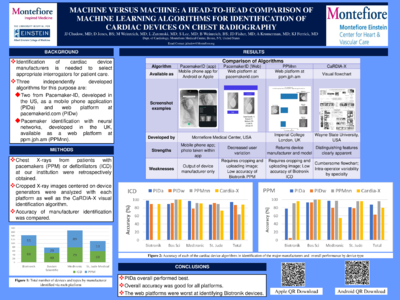 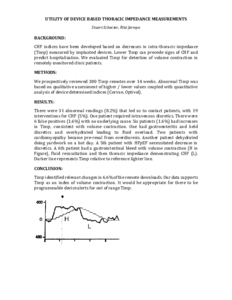 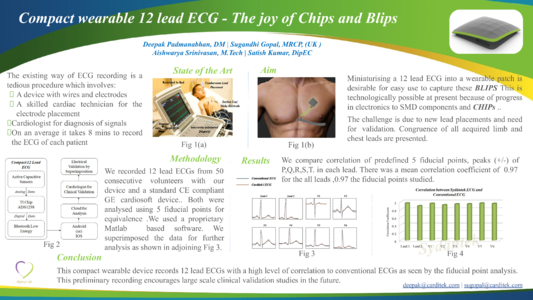 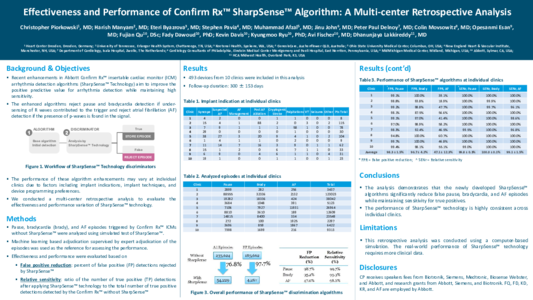 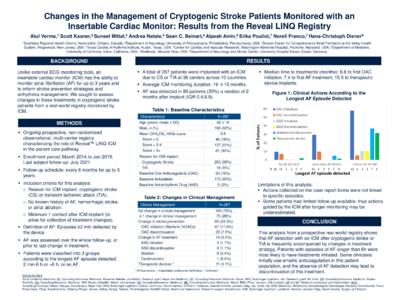 D-MP12-02 - Changes In The Management Of Cryptogenic Stroke Patients Monitored With An Insertable Cardiac Monitor: Results From The Reveal Linq Registry (ID 1384)