Background: Purkinje premature ventricular complexes (PPVC) are major triggers of idiopathic ventricular fibrillation (VF). Characterizing clinical factors associated with PPVC laterality may yield insights into mechanisms that control left/right Purkinje differentiation.
Objective: To characterize the clinical phenotype of patients presenting with idiopathic VF according to PPVC origin.
Methods: All consecutive patients who survived VF and underwent catheter ablation at our center between 2004 and 2019 were reviewed. Patients with structurally normal hearts and in whom VF triggers were targeted were selected for analysis. PPVC origins were identified by the presence of sharp potentials preceding the QRS by <15ms in sinus rhythm and preceding the onset of ectopic QRS complexes.
Results: Of 172 cases available for review, 58 met inclusion criteria (31 women, mean age 39 years). PPVCs originated from the right ventricle (RV) in 29 cases (50%), from the left ventricle (LV) in 23 (40%), and from both in 6 (10%). Clinical characteristics between patients with RV vs. LV PPVC origins were similar except for QRS duration and sex (Table). In women, the frequency of PPVCs from RV and LV were 27% and 73%, while in men the frequency was 85% and 15%, respectively (p <0.001). Male sex was associated with an OR of 17.4 (95% CI, 4-71, p<0.001) for RV PPVCs.
Conclusion: Sites of PPVC origins responsible for idiopathic VF differ considerably between men and women. Whether sex-based differences in the regulation of Purkinje network maturation account for this laterality warrants investigation. 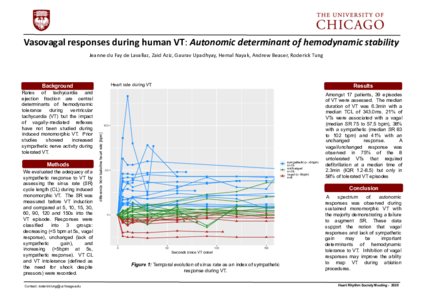 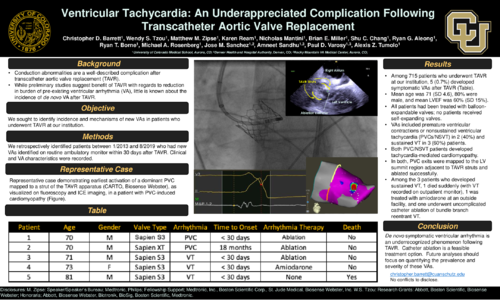 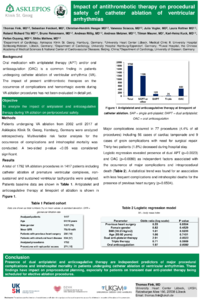