Background: We have previously developed an intraprocedural automated localization system based on patient-specific CT geometry to identify VT-exit sites using 12-lead ECGs.
Objective: We sought to assess the localization performance of the proposed system in real-time in a prospective cohort.
Methods: From Nov. 2018 to June 2019, 6 consecutive consenting patients with scar-related VTs undergoing catheter ablation of VT were enrolled. Prior to VT ablation, each patient had CT imaging and a reconstructed LV endocardial mesh surface that was registered to the electroanatomic (EA) shell during the procedure and was imported into the automated VT localization system. Estimated VT-exit sites were used to guide mapping and ablation during the procedure. The accuracy of VT-exit sites localization was quantified by comparing the estimated sites against the known sites.
Results: Eight VT-exit sites, pooled from 5 patients, were identified by contact mapping, and were used as the “ground truth” for comparisons. The automated VT localization system had accuracy of 8.9 mm for the 8 VTs. One patient was excluded due to device artifact.
Conclusion: The automated VT localization system based on patient-specific CT geometry can be feasibly used in real-time to guide VT mapping and ablation. It achieved localization accuracy within 9 mm. D-PO06-095 - Integration Of Whole Heart Histology: A Novel Method For The Direct Comparison Of Histology With Electrophysiological And Imaging Data (ID 661) 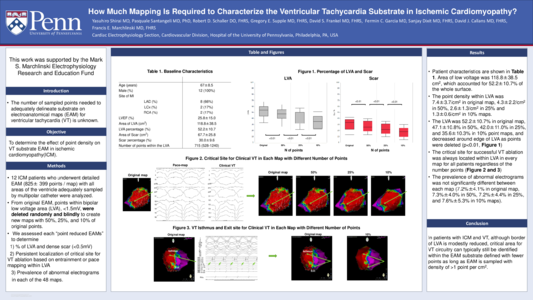 D-PO06-097 - How Much Mapping Is Required To Characterize The Ventricular Tachycardia Substrate In Ischemic Cardiomyopathy? (ID 1362) 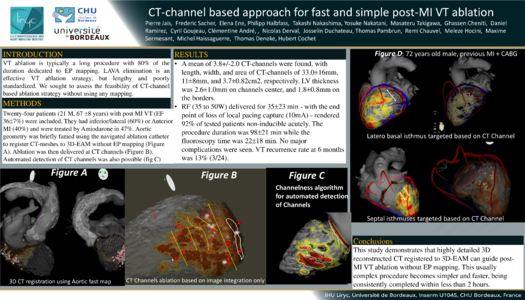 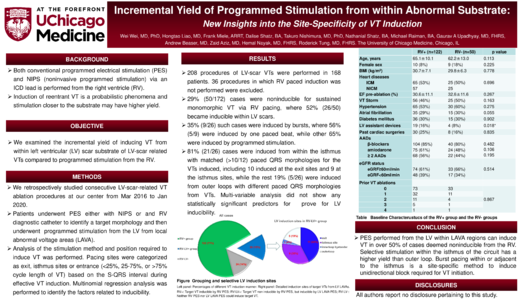 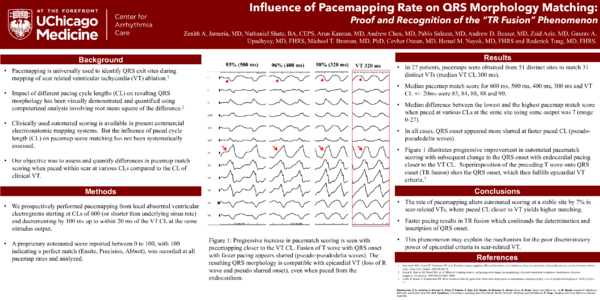 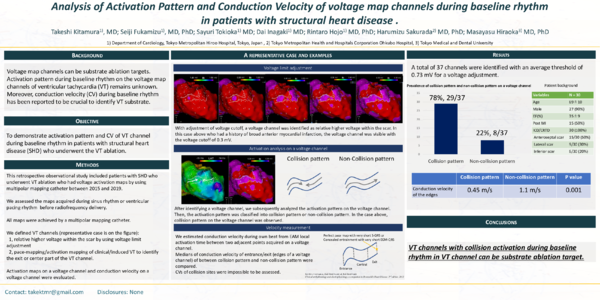 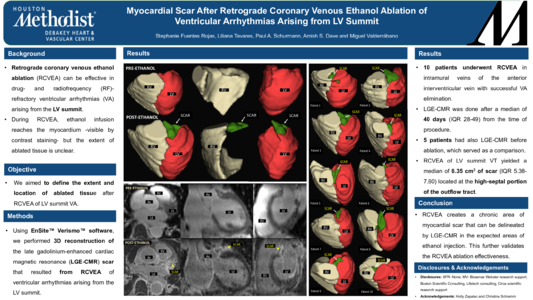 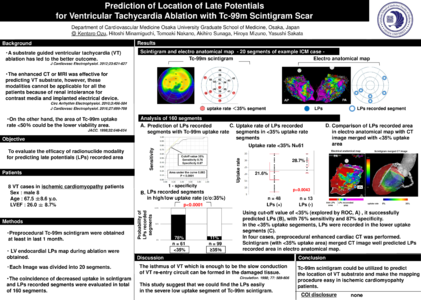 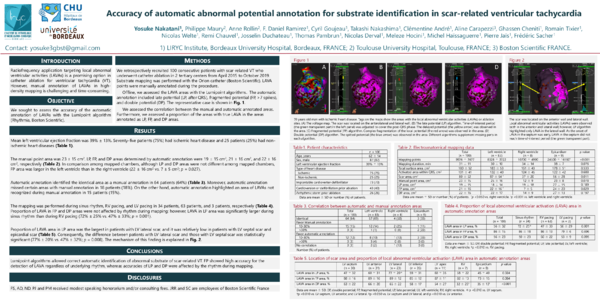 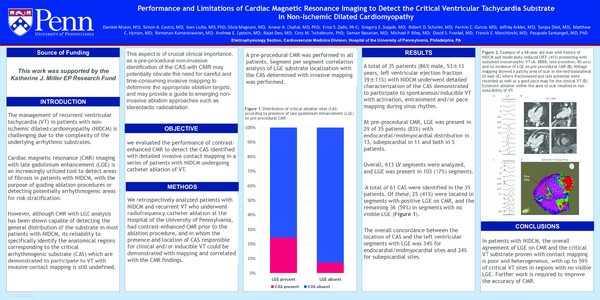