Background: Elimination of the local abnormal ventricular activity (LAVA) has been demonstrated in post myocardial infarction (MI) ventricular tachycardia (VT) to ablate scar-related re-entry. However, substrate characterization of patients with ischemic cardiomyopathy (ICM) presenting with ventricular fibrillation (VF) is lacking.
Objective: The aim of the present study was to investigate the electrophysiological characteristics of the patients with ICM presenting with VF.
Methods: Of 243 patients with ICM who underwent radiofrequency catheter ablations for ventricular arrhythmias at our institute from November 2016 to November 2019, 7 patients had VF (7 Male, 60 ± 7 years old, ejection fraction 38 ± 10 %) at least 6 months after the last MI. They were matched for age, sex, ejection fraction, and the location of the scar to 14 patients who had VT. They all had 3D-electro-anatomical mapping with LAVA annotated and targeted for ablation.
Results: Amplitude of LAVA was higher in the VF group compared to the VT group (median [25%-75% quartile]; 0.26 [0.16-0.43] mV vs. 0.15 [0.11-0.33] mV, respectively; p = 0.04). The duration of LAVA was longer in the VT group compared to the VF group (68±42 ms vs. 50±34 ms, respectively; p = 0.03). LAVA also tended to be more delayed in the VT group, with an interval between QRS onset and LAVA onset of 123±29 ms (vs.113±37 ms in the VF group, p = 0.15).
Conclusion: Post-infarction VT and VF show distinctive electrophysiological substrates. LAVA in the VF group was characterized with higher amplitude, shorter and earlier compared with those in the VT group. These electrophysiological features may explain the difference in ventricular arrhythmias in patients with ICM.
Collapse 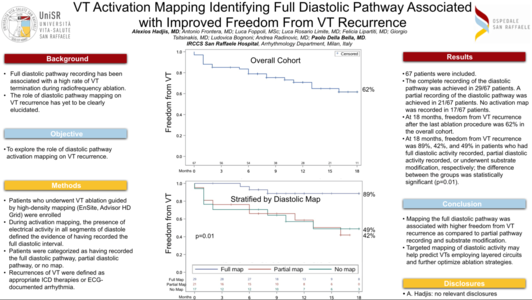 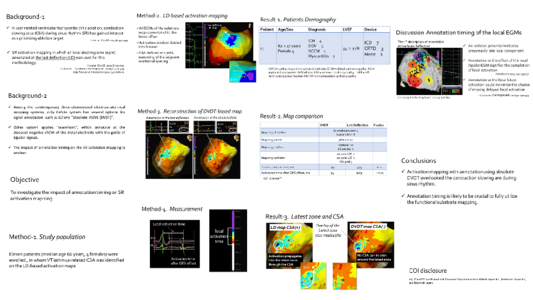 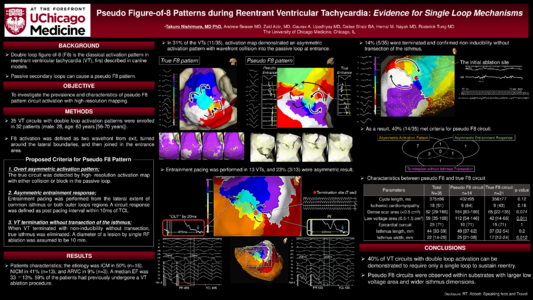 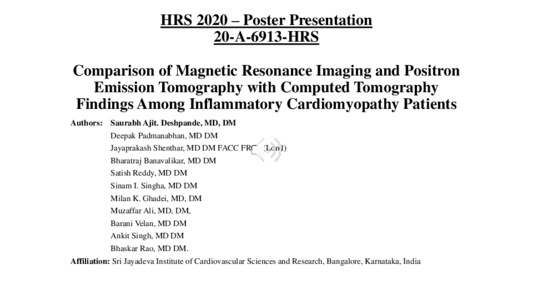 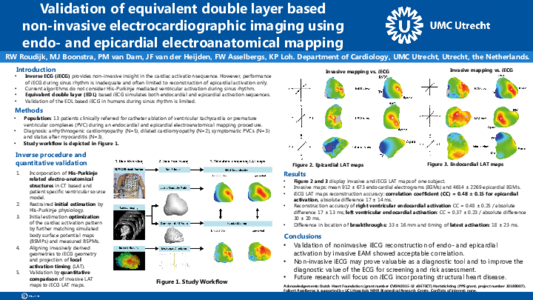 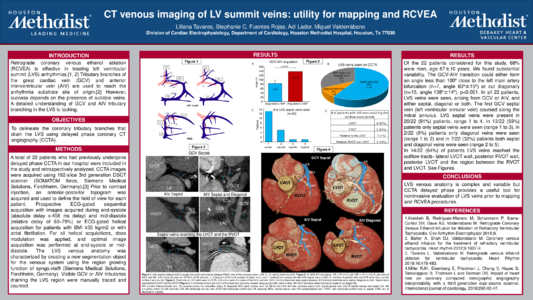 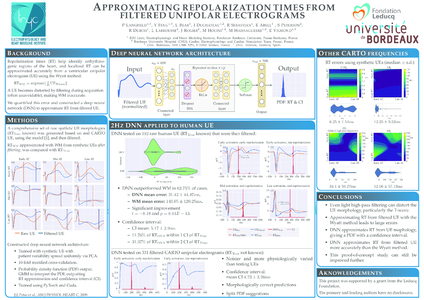 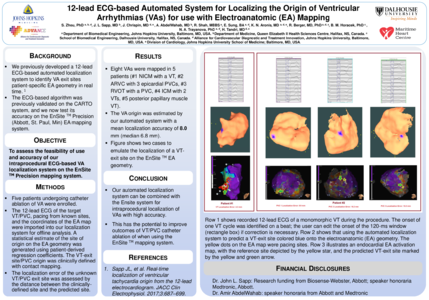