Background: The role of spectral analysis in identifying localized drivers in persistent atrial fibrillation (AF) remains controversial.
Objective: To assess the relationship of sites of response to ablation (defined as slowing or AF termination) in persistent AF to markers of rapidity and organization identified using the Stochastic Trajectory Analysis of Ranked Signals (STAR) mapping method.
Methods: Patients with persistent AF treated as part of the STAR mapping study were included. The 5-minute unipolar basket recordings was used to perform STAR mapping and to determine the minimum-cycle length (Min-CL) and CL variability (CLV) at each electrode to then identify the site(s) of fastest Min-CL and lowest CLV across the left atrium (LA). Min-CL was defined as the fastest CL constituting >10% of cycles. The CLV was defined as the standard deviation of CLs. The correlation between these sites and persistent AF drivers (AFD) identified by STAR mapping and targeted with radiofrequency ablation was studied. Dominant frequency (DF) was also assessed at AFD and compared to that of neighboring electrodes to assess for the presence of regional frequency gradients.
Results: Thirty-two patients were included and had 83 AFD targeted with ablation, with an ablation response at 73 sites (24 AF termination and 49 CL slowing ≥30ms). Out of the 73 sites, 54 (74.0%) and 55 (75.3%) co-located to sites of fastest Min-CL and lowest CLV with a moderate sensitivity (74.0% and 75.3% respectively) and specificity (66.7% and 66.7% respectively). These AFD also frequently showed regional CL (61/73, 83.6%) and frequency gradients (58/73, 79.5%). AFD that co-located to sites of fastest Min-CL and lowest CLV were much more likely to terminate AF with ablation (OR 34.1 and 28.8 respectively, p=0.02).
Conclusion: Spectral analysis may have a role in prioritizing AFD identified by the STAR mapping method. These markers can be used to adopt a hierarchical approach in the ablation of AFD.
Collapse 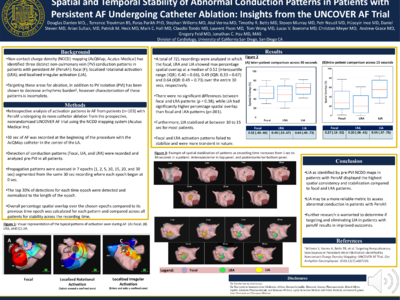 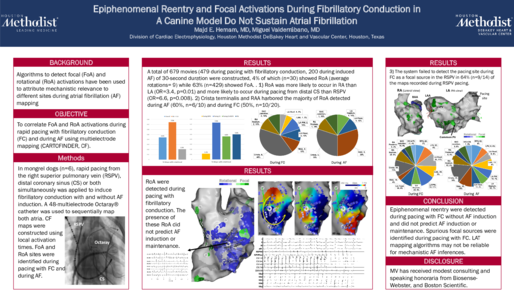 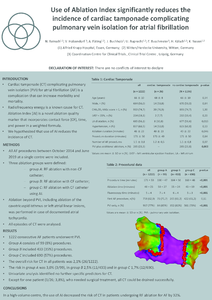 D-AB23-02 - Is It Necessary To Wear Surgical Caps And Masks During Atrial Fibrillation Ablation? Re-examining The Evidence Behind A Traditional Infection-control Practice (ID 796) 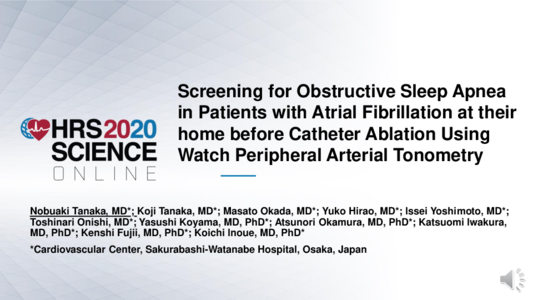 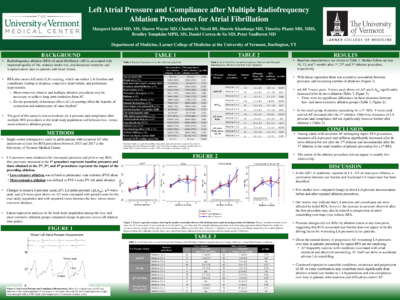 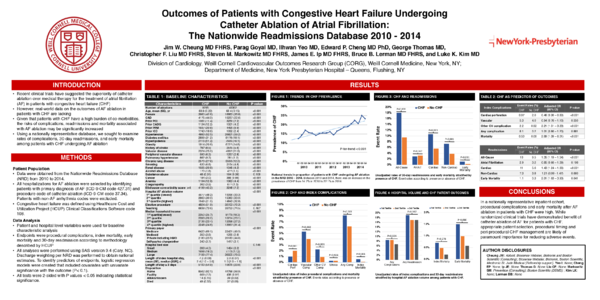 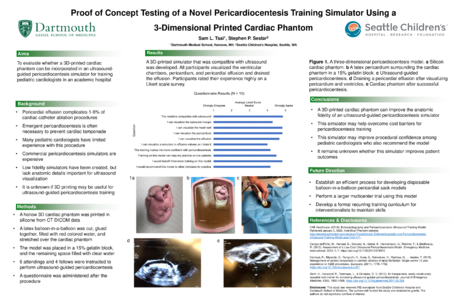 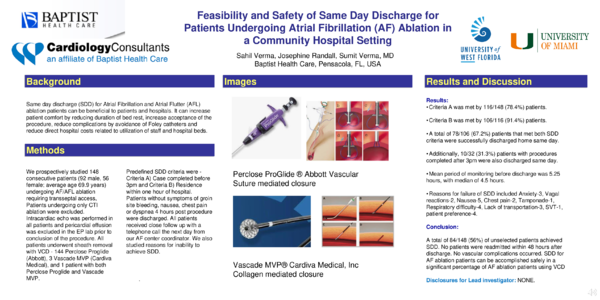