Background: Thermal energies are widely used for pulmonary vein isolation. Electroporation using pulsed field ablation (PFA) is an emerging technology for ablation; however, the efficacy and safety of this technology in cardiac tissue isolation is not well studied.
Objective: To evaluate the feasibility and safety of electroporation using PFA in isolating right and left atrial structures in canines.
Methods: We performed electrical isolation of 24 pulmonary veins (PVs) and 6 right atrial appendages (RAAs) in 6 canines. A circular array multielectrode ablation catheter (PVAC™ GOLD) was utilised for the ablations. Three-dimensional electro-anatomical mapping of the left atrium was performed with the EnSite Velocity system. The catheter was used with the Medtronic PFA generator to apply PFA energy at the antrum of the RAA and PVs using differing voltages. A minimum of three and maximum of eight ablations were performed at each target with an endpoint of bidirectional block. A post ablation left atrial voltage map was acquired after the completion of PFA. All four PVs and RAA were individually checked for bidirectional block at the end of the procedure.
Results: Bidirectional block was able to be obtained in both the RAA and PVs. The mean number of energy applications per PV was 4.6±1.9 and 4.7±0.9 per RAA. The mean PV electrogram amplitude was 1.68±1.27mV pre-procedurally and reduced to mean of 0.20±0.12mV after the first energy delivery (88% reduction in EGM amplitude). RAA EGMs went from 1.59±1.1mV to 0.17±0.08mV after the first energy delivery. EGM reduction of at least 50% was observed in 100% of the PVs and RAAs. No complications were observed in any of the animals.
Conclusion: This canine study demonstrated safety and feasibility of electroporation using pulsed field ablation to isolate cardiac structures in an animal model.
Collapse 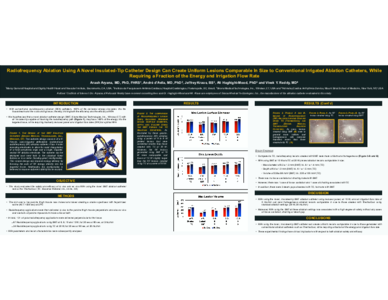 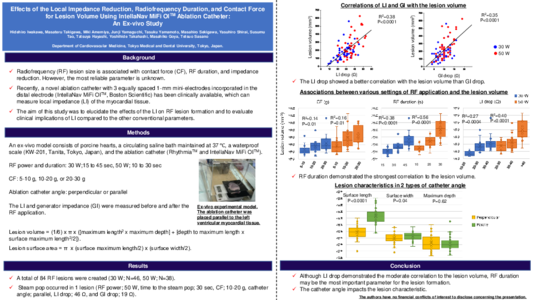 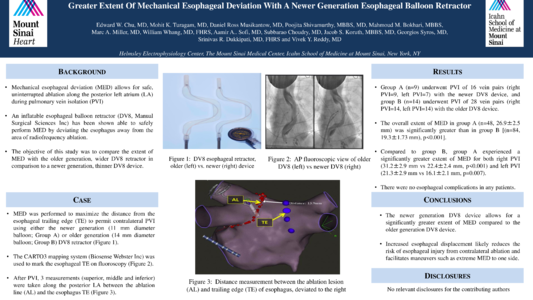 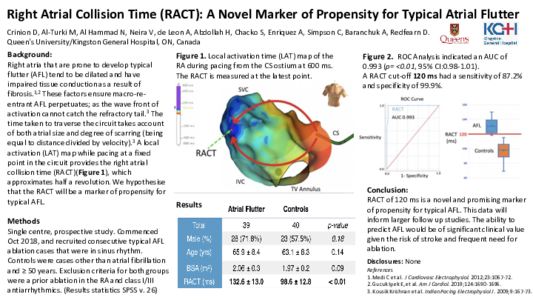 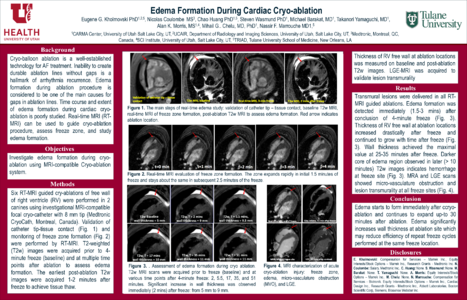 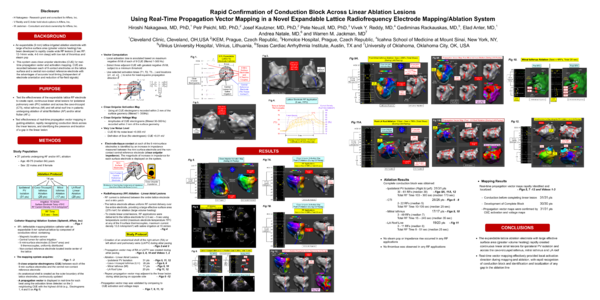 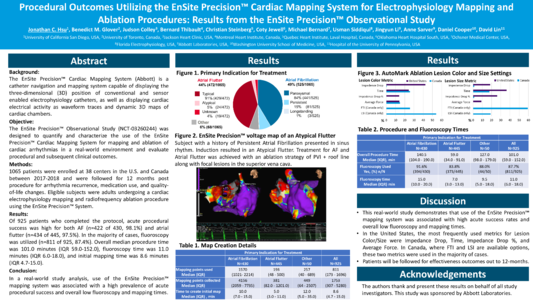 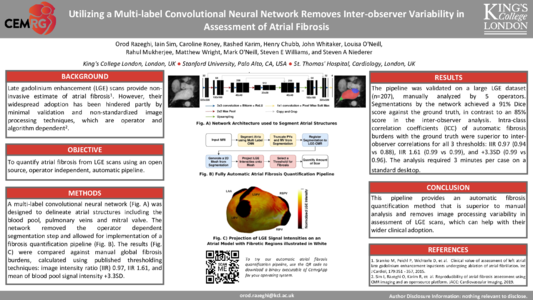