Background: Long term outcomes of femoral pacemakers have been well described. The experience of complex devices (ICD and CRT) is limited to a small number of case reports with short term follow up.
Objective: To report our single tertiary centre long term outcomes of complex (ICDs and CRTs) and simple (PPMs) devices implanted via the femoral route and compare to matched controls implanted by the conventional superior venous route.
Methods: All devices implanted via the femoral route between 2002-2019 at the Royal Brompton Hospital were identified. Each complex femoral implant was matched to two controls of devices implanted via the conventional infraclavicular route according to age, sex, type of device (ICD or CRT), implantation year (of first femoral system), aetiology and systemic ventricular function.
Results: 19 devices were implanted via the femoral route consisting of 9 pacemakers and 10 complex devices (4 CRT-Ds, 3 CRT-Ps and 3 ICD’s) because of the absence of superior venous access. During a mean follow up of 8.8 +/- 4 years (complex femoral), 7 +/- 4 years (simple femoral) and 11 +/- 3 years (control) there was a higher rate of late complications in the complex femoral group compared to the simple femoral group (n=7, 70% vs n=1, 11%; p=0.03) and a trend to a higher rate compared to the control group (70% vs 35%, p=0.07). Erosion and infection of generator site was higher in the complex femoral group than the control group (50% vs 10%, p =0.01). Early complication rates were low in all groups (n=1 in femoral group, n=0 in simple femoral and control groups). Repeat procedures (box changes/upgrades) following the index implant was similar between groups (median (range): 2 (0-6) in complex femoral vs. 0 (0-3) in the simple femoral vs. 2 (0-5) in control group). 6 femoral generators and 13 leads were successfully extracted with no associated complications
Conclusion: Early complication rates of complex femoral devices are similar to conventional implants but there is an increased risk of long-term complications resulting from wound breakdown risking device erosion. Whole system extraction of these devices is feasible without complication.
Collapse 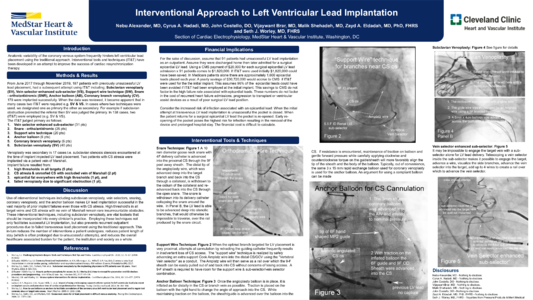 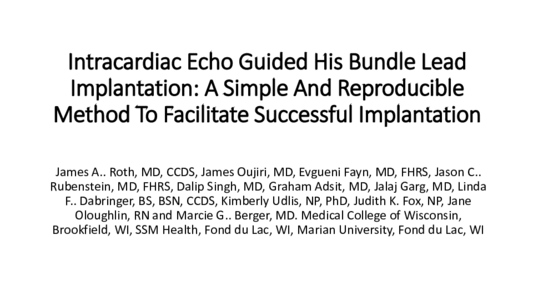 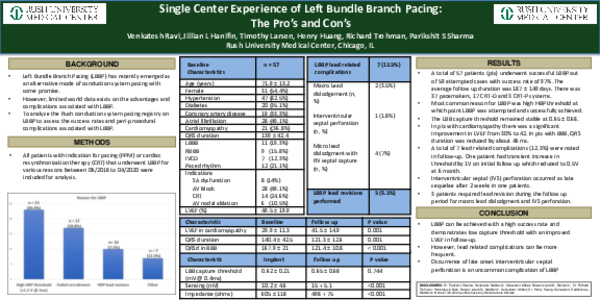 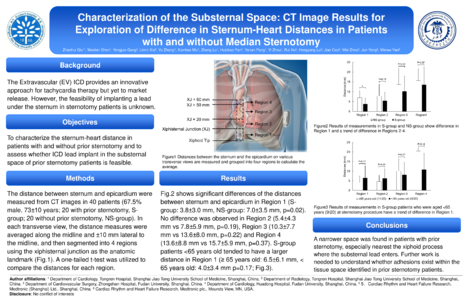 D-PO04-105 - Characterization Of The Substernal Space: CT Image Results For Exploration Of Difference In Sternum-heart Distances In Patients With And Without Median Sternotomy (ID 442) 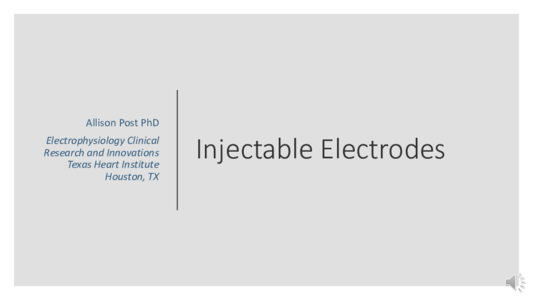 D-AB06-03 - A Novel Single Conduit Lead For Av Sequential Pacing And Unique Conduction System Capture: Can Atrial And His Bundle Capture Be Achieved From A Single Location? (ID 1437) 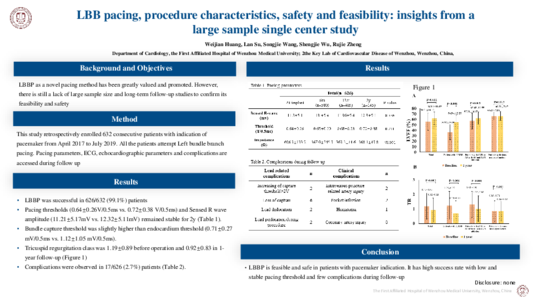 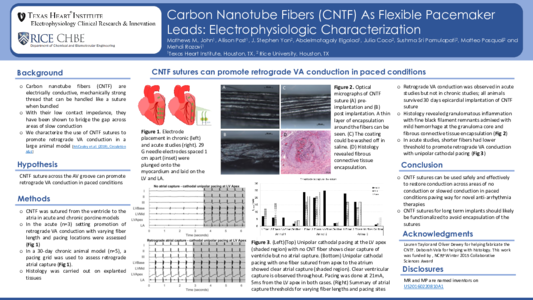