Background: Altered exits from the same anatomic region are known to produce differing morphologies of ventricular (NSVT/PVCs) and atrial arrhythmias (AT/PACs). A similar phenomenon may occur at the aortomitral continuity (AMC), where exits from an intramural source may produce either NSVT/PVCs or AT/APCs.
Objective: We present a case of an arrhythmogenic focus within the AMC manifesting as NSVT/PVCs following ablation of AT/APCs.
Results: A 42 year old female with symptomatic AT/PACs and two prior ablations (Abls) was referred for repeat Abl. Baseline ECG suggested an exit from the anterior-inferior interatrial septum (Figure, A). Mapping in the right atrium, left atrium (LA), and aortic sinuses of valsalva (ASV) showed earliest activation to be in the inferoseptal LA (Figure, B), where Abl suppressed the AT/PACs. Shortly afterwards NSVT/PVCs, never previously seen but of similar frequency to the targeted AT/PACs, were observed (Figure, C). This suggested an altered exit from a deep focus toward the AMC. Activation mapping of the NSVT/PVCs in the left ASV and endocardial left ventricle confirmed earliest activation at the AMC (Figure, B). Abl at the AMC eliminated the NSVT/PVCs. In follow-up, the patient has not had recurrence of either the clinical AT/PACs or NSVT/PVCs.
Conclusion: This is a case of alternating exits from a likely intramural arrhythmogenic source in the AMC region, producing both atrial and ventricular arrhythmias. This possibility should be considered when observing such a response following ablation within or near the atrioventricular region. 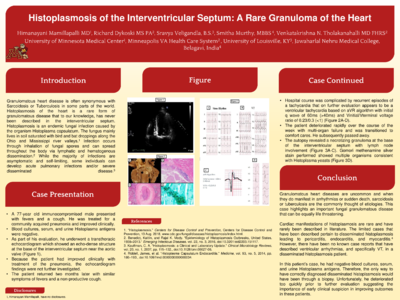 D-PO03-048 - Histoplasmosis Of The Interventricular Septum, A Rare Granuloma Of The Heart (ID 1083) 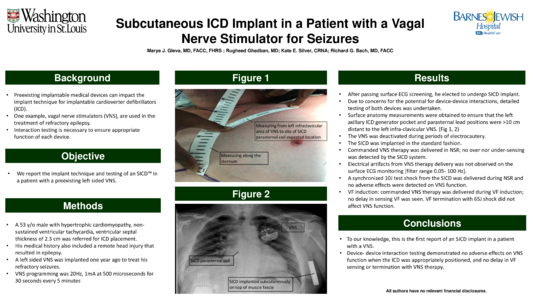 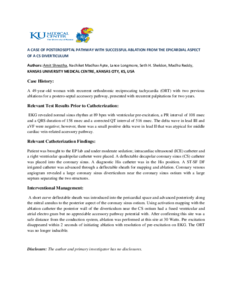 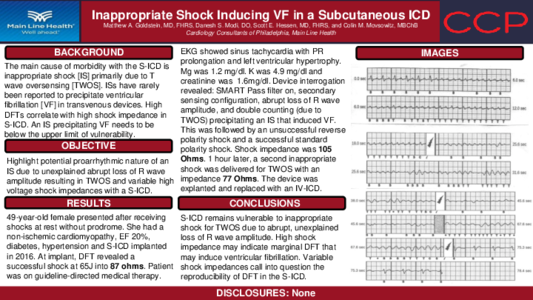 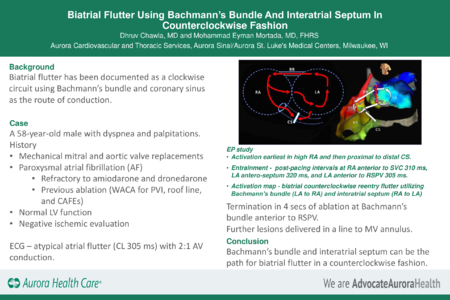 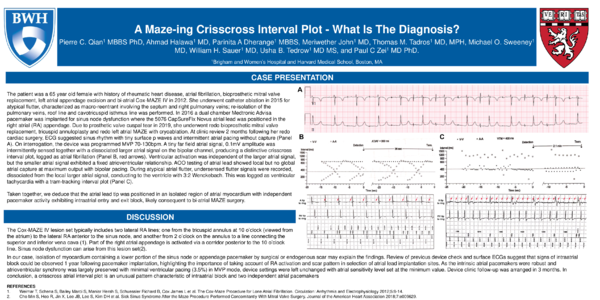 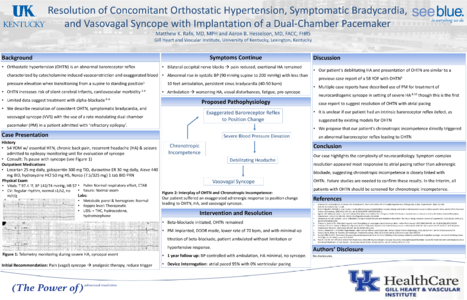 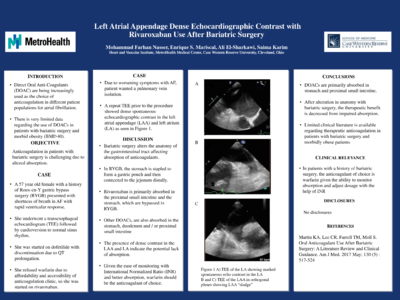 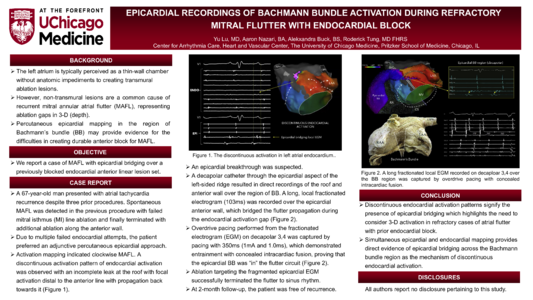 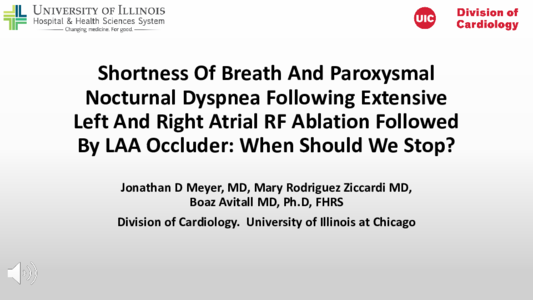