Background: The damage of the cardiac conduction system, leading to permanent pacemaker (PM) implantation, is a common complication of transcathether aortic valve replacement (TAVR). Recent studies suggest that atrio-ventricular conduction may subsequently recover after PM implantation but little is known on long term follow-up
Objective: to evaluate the percentage of ventricular pacing in patients who underwent TAVR and developed a conduction disturbance requiring a PM implantation
Methods: a retrospective analysis of all consecutive patients who underwent TAVR from Feb 2008 to Aug 2019 in 3 centers in Italy. Patients already implanted with a PM or an ICD before TAVR, those implanted with a CRT device and those implanted more than 30 days after TAVR were excluded. Eligible patients were divided in two groups based on the presence (Gr. 1) or the absence (Gr. 2) of permanent 3rd degree AV block following TAVR. During each PM interrogation percentage of ventricular pacing was assessed up to 2.5 years after implantation
Results: 1601 patients underwent TAVR; of these, 139 had already a PM or an ICD implanted. Of the 204 patients implanted with a PM or an ICD after TAVR, 6 received a CRT device and 26 underwent implantation more than 30 days after TAVR therefore meeting exclusion criteria. The study population consisted of 172 patients (44.2% males; mean age 82±30 years; mean time TAVR-PM implant 4.5±4.5 days) for a total of 347 follow-ups analyzed. A significant difference in the percentage of right ventricular pacing between the two groups was observed at follow-up performed from 10 to 90 days after implantation (96% in Gr. 1 vs 6.4% in Gr. 2, p<0.001). This difference remained significant at follow-ups performed from 3 to 9 months after implantation (71% in Gr. 1 vs 3% in Gr. 2, p<0.01), from 9 to 18 months (95.5% in Gr. 1 vs 3% in Gr. 2, p<0.01) and from 18 to 30 months (96.5% in Gr. 1 vs 2.6% in Gr. 2, p<0.01)
Conclusion: Patients requiring PM implantation due to permanent III degree A-V block after TAVR showed a very-high pacing percentage at long-term follow-up, which is on the contrary very low in patients implanted for other indications. Our results have significant clinical implications regarding the right management of these patients and the choice of the most suitable type of pacing device
Collapse 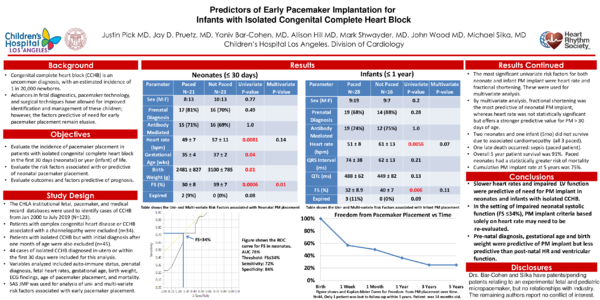 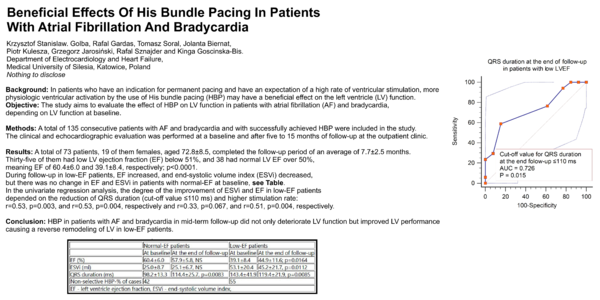 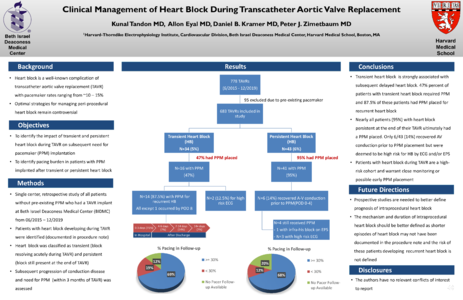 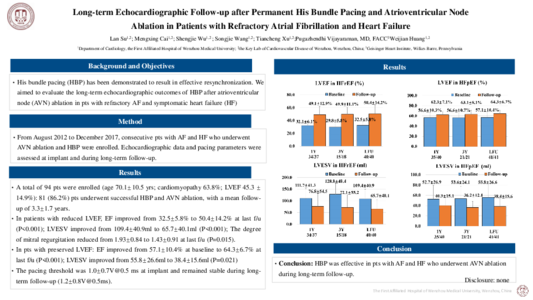 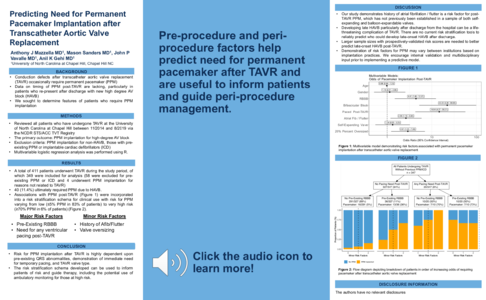 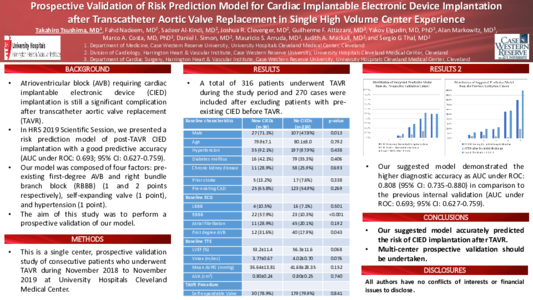 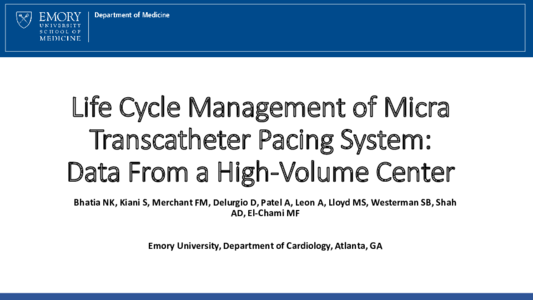