Background: Cardiac simulations have made it possible to study the effect of fibrosis and scar on atrial fibrillation (AF).
Objective: Using computational models to determine the importance of the size of contiguous areas available for AF to propagate (fibrillatory area (FA)) in AF ablation outcomes.
Methods: We used CARPentry Modeling Environment (CME) tools to create a cylindrical cardiac model followed by the addition of patient-specific AF models with fibrosis and ablation scar. The cylindrical model had 3 different ablation lines dividing the surface into 3 distinct areas (Fig A). The length of gaps in scar lines between areas was used to calculate FAs by adding the weighted contribution of adjacent areas. We selected 8 persistent AF patients with known ablation outcomes in 2 years with pre and post-ablation late gadolinium enhanced MRIs. We divided the atrial surface into 5 areas based on scar pattern and anatomical landmarks (Fig B) and calculated the FAs. Models were deemed inducible if there were self-sustaining activations until the end of the simulation (10s).
Results: In the cylindrical model, AF was induced and sustained in 2 of 4 models with the largest FAs (Table 1, 4279 and 2921 vs 2197 and 2148 mm2). In the patient-specific models, arrhythmia recurrence was documented in 4 (50%) and simulation results matched the clinical outcomes (Fig B) with larger FAs for patients with arrhythmia recurrences (Table 2, 9099 vs 4589 mm2).
Conclusion: Sizes of FAs available for AF waves to propagate are important determinants for ablation outcomes based on simulations and clinical outcomes. FA size can be used to direct ablation in persistent AF to minimize critical mass required to sustain recurrent AF.$$graphic_{9EB83762-DFE7-436C-BC5C-A5112F163F63}$$
Collapse 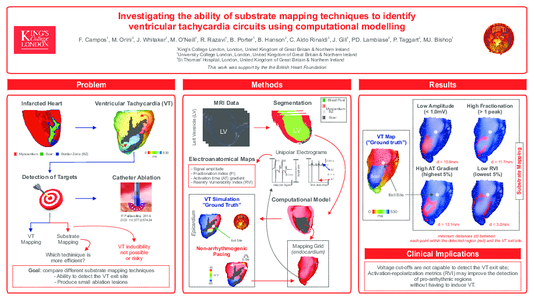 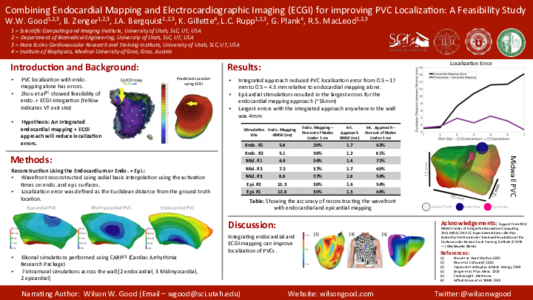 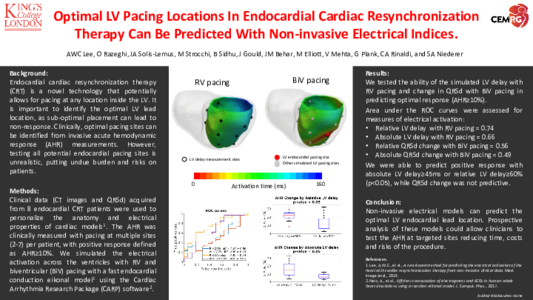 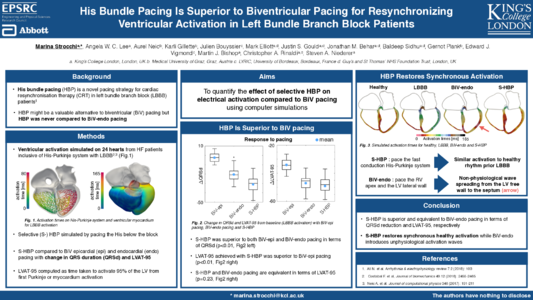 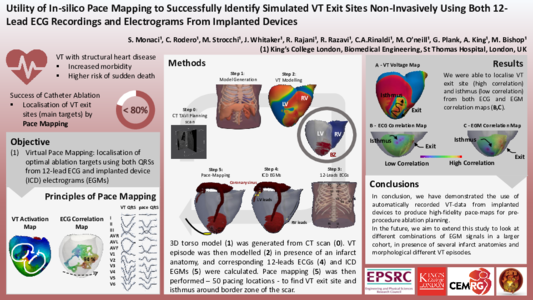 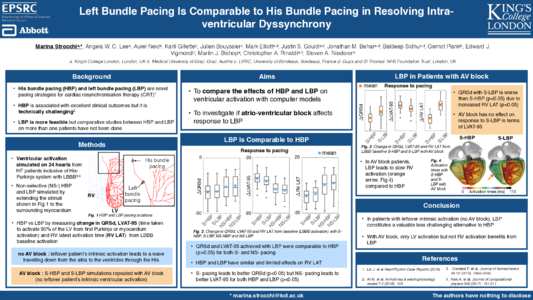