Authors
Disclosure
A. Smoczynska: Nothing relevant to disclose.
Previous eCatalog Next eCatalog

Background: High rate pacing (HRP) prevents ventricular arrhythmias, but has long-term detrimental effects on cardiac function when applied continuously. Temporal dispersion of repolarization, quantified as short-term variability (STV), is an electrophysiological parameter that reflects a diminished repolarization reserve. STV increases prior to ventricular arrhythmias and has been proposed as a marker to guide HRP by an Internal Cardioverter Defibrillator (ICD). The anesthetized chronic complete atrioventricular block (CAVB) dog model is reproducibly inducible for Torsade de Pointes (TdP) arrhythmias due to ventricular remodeling and after challenge with dofetilide (IKr-blocker).
Objective: A proof-of-principle study to show that STV can guide HRP to prevent imminent ventricular arrhythmias.
Methods: Eight CAVB dogs were chronically implanted with an ICD (Medtronic Evera, lead in the right ventricular (RV) apex), with software to automatically determine STV online. STV was determined from the activation recovery interval (ARI) of 31 consecutive beats with the formula: STV=Σ|ARIn+1-ARIn|/(N*√2). For STV determination during HRP, RV electrograms (EGM) were recorded for semi-automated offline STV measurement. The CAVB dogs were challenged with dofetilide (0.025 mg/kg i.v. in 5 minutes or until the first TdP) while STV was automatically monitored by the ICD to determine individual threshold values prior to the first arrhythmic event (inducibility experiment). In a serial (prevention) experiment, HRP was initiated automatically once the STV threshold was reached, by decreasing the RR interval from idioventricular rhythm with 30ms/sec until 100 bpm.
Results: During the inducibility experiment, 8/8 dogs had repetitive TdPs and STV increased from 0.96±0.42 to 2.10±1.26 ms* prior to the first arrhythmic event (*p<.05). During the prevention experiment, all dogs reached the individually predetermined STV threshold. HRP decreased the RR interval from 1410±207 to the target heart rate and STV from 2.02±1.12 to 0.78±0.28 ms*, which was accompanied by the prevention of repetitive TdPs in 7/8 dogs*.
Conclusion: Temporal dispersion of repolarization, quantified as STV, can guide HRP automatically by an ICD to prevent ventricular arrhythmias.
Collapse 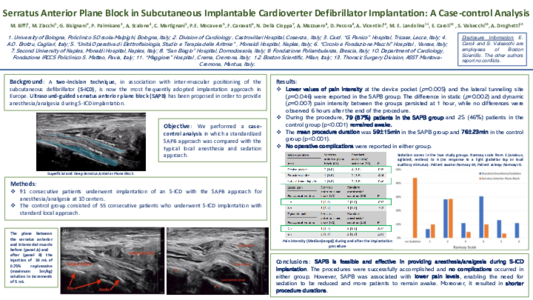 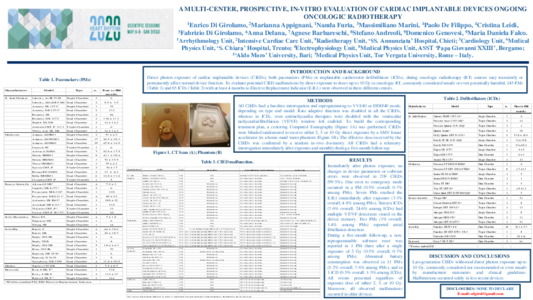 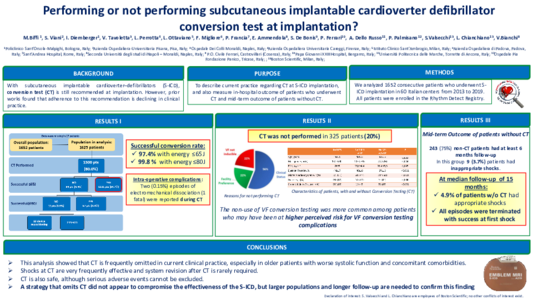 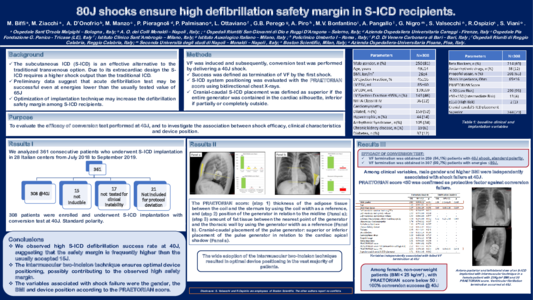 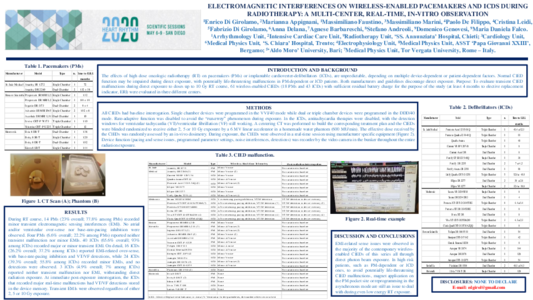 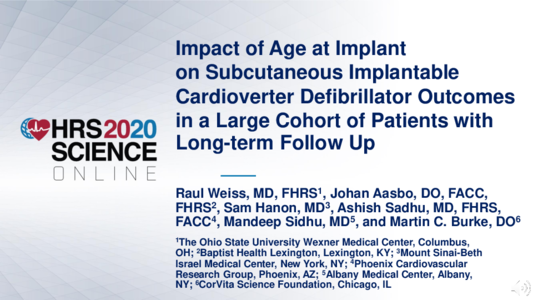