Background: Noninvasive low intensity focused ultrasound (LIFU) had attracted much attention for autonomic nervous system modulation and sonogenetic modulation might improve the target precision of LIFU. Recently, our study firstly showed that LIFU modulation might be a novel substitute for conventional LSG modulation. However, no study has done in sonogenetic modulation of LSG.
Objective: To explore the effect of sonogenetic modulation of LSG in myocardial infarction (MI) canine model.
Methods: Sixteen dogs were randomly divided into Sham group (n=8, LIFU with sham virus) and TtMscS group (n=8, LIFU with TtMscS virus). In the TtMscS group, TtMscS virus with highly anion selective channel was injected, while in the Sham group, virus without TtMscS was injected. After 3-4 weeks, LIFU modulation of LSG was conducted with intensity of 1.5W and 2W for 10min for each, and LSG function, LSG neural activity and ventricular effective refractory period (ERP) were measured. Afterwards, acute MI was induced, VAs was recorded for 1h and LSG were extracted for histological analysis.
Results: Virus was well expressed in LSG in both groups after injection for 3-4 weeks. As compared to the Sham group, significant decrease was shown in LSG function and LSG neural activity, and significant prolongation was shown in ERP after 1.5W and 2W LIFU intervention in the TtMscS group when compared to the Sham group. Furthermore, the VAs was significantly decreased in the TtMscS group as compared to the Sham group and no obvious damage was shown in LSG in either group.
Conclusion: LIFU combined with TtMscS virus might be a novel approach with high target specificity for LSG modulation and postinfarction VAs prevention. 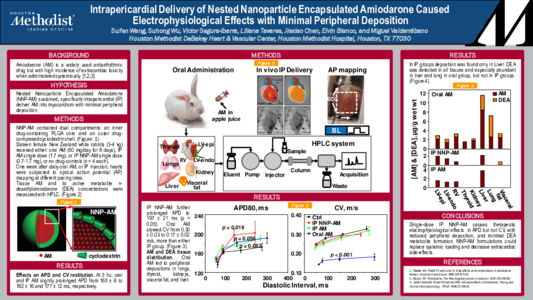 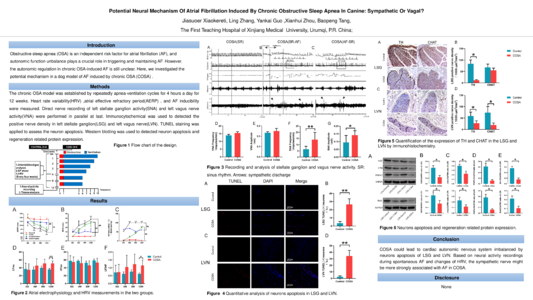 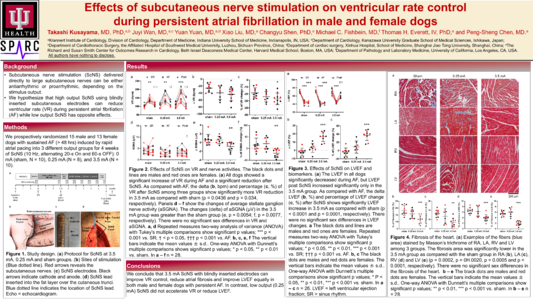 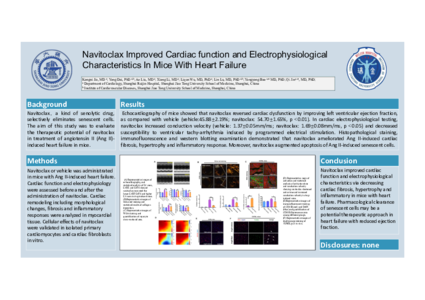