Authors
Disclosure
A. Moreno: Nothing relevant to disclose.
Previous eCatalog Next eCatalog

Background: Low-energy line stimulation (<100 mJ) delivered to the surfaces of the heart is a promising new approach for painless ventricular defibrillation (VF). However, its optimal timing is unknown for terminating VF in large mammals.
Objective: To optimize the timing of low-energy line stimulation for ventricular defibrillation.
Methods: Five 7 cm long copper lines were placed 1-2 cm apart (<wavelength of reentry) on the epicardium and endocardium of perfused pig LV wedges (n=5). After 4 sec of pacing at 2.5 Hz from a single line, VF was induced with 2.5 sec rapid pacing at ≥4 Hz from the same line. To defibrillate the tissue, a single low-energy (58.7±6.5 mJ) 2 ms pulse was delivered from all lines with a 0.1 to 5 sec delay from the end of the VF induction protocol. The 5 sec maximum was set to the average ICD charging time. Electrical activity was recorded by optical mapping with Di-4-ANEPPS, and then arrhythmia complexity was determined by analyzing dominant frequency (DF).
Results: VF resulted from reentry and DF increased from 4.2±0.7 to 6.2±0.9 Hz 4-6 sec after VF initiation (Fig.A). Low-energy line stimulation terminated VF when delivered < 1.2 sec after VF initiation and when line stimulation captured the excitable gap (Fig.B). It was unsuccessful when delivered after > 1.2 sec and when not capturing the excitable gap.
Conclusion: The optimal timing for VF termination with low-energy line stimulation is <1.2 sec after initiation when arrhythmia complexity is minimal and more excitable gap is accessible. Future studies should determine the optimal location for low-energy line stimulation with respect to reentrant sources in order to guarantee stimulus capture of the excitable gap. 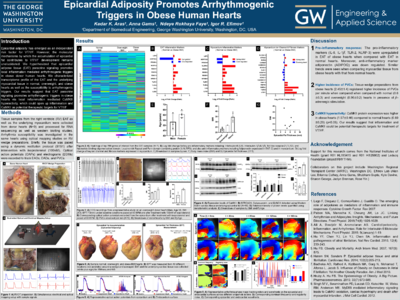 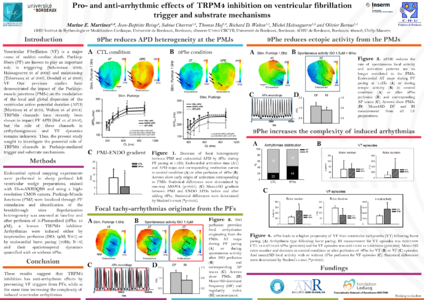 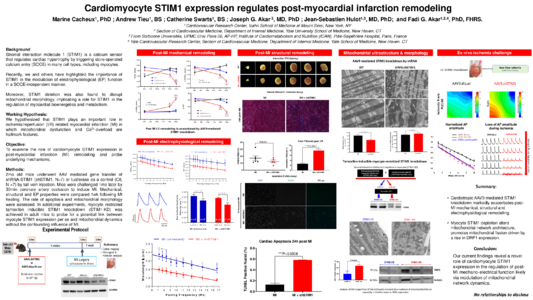 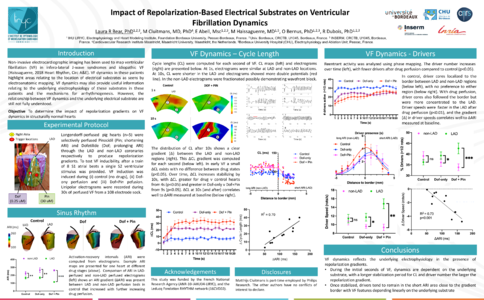 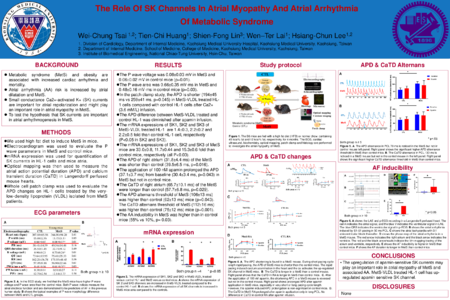 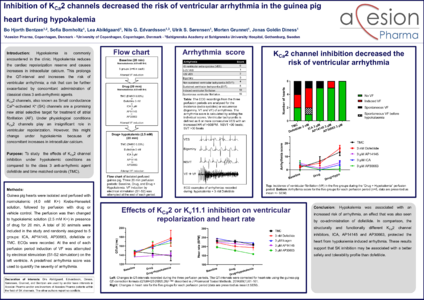