Background: In the Vest Prevention of Early Sudden Death Trial (VEST), participants randomized to use a wearable cardioverter-defibrillator (WCD) had lower all-cause mortality (a secondary outcome) than controls at 90 days post-MI in low EF patients. It is unclear whether and for how long that survival advantage persisted.
Objective: To determine if WCD use post-MI improves survival beyond 90 days.
Methods: VEST participants with EF ≤35% after myocardial infarction (MI) were randomized in a 2:1 ratio to the WCD group or control group, and were subsequently followed in the VEST Registry yearly for up to 7 years. For participants lost to follow-up, medical records and death indexes were searched to determine vital status.
Results: 1524 were randomized to the WCD group and 778 to the control group. As previously reported, death from any cause at 90 days occurred in 3.1% in the WCD group and in 4.9% in the control group (1.6% difference in cumulative mortality). This difference was 1.5% at 1 year (95%CI: -1.2%-4.2%, 7.6% vs. 9.1%) and widened to 2.7% at 2 years (-1.0%-6.3%, 12% vs. 14.6%) before it narrowed and then disappeared by 3.5 years after randomization (Figure). While the difference in cumulative mortality was nominally significant at the end of VEST follow-up, the subsequent differences in cumulative mortality at the time points described above, and through 7 years of follow-up, were not statistically significant (P=0.15 at 2 years).
Conclusion: While the overall survival advantage in the VEST WCD arm may persist for up to 3 years, differences were not statistically significant. 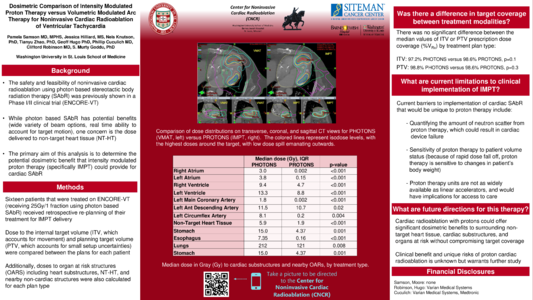 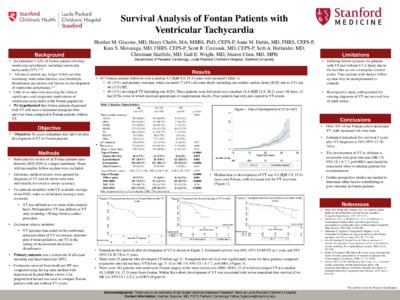 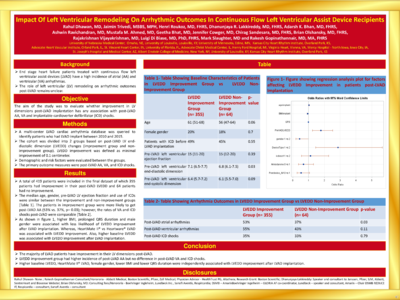 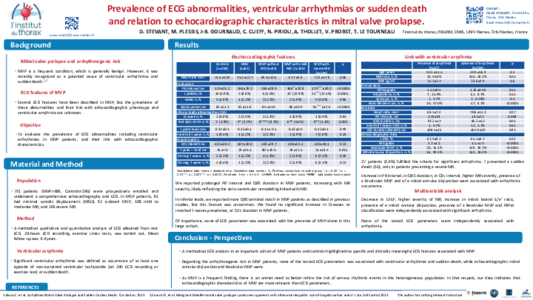 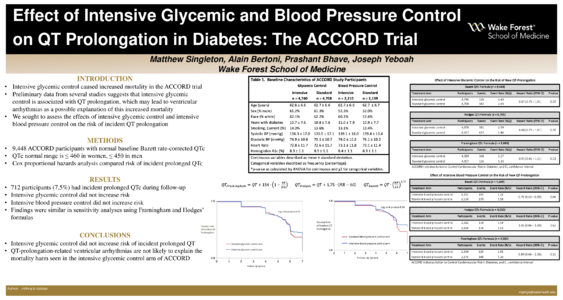 D-PO01-003 - Effect Of Intensive Glycemic Control On QT Prolongation In Diabetes: The ACCORD Trial (ID 875) 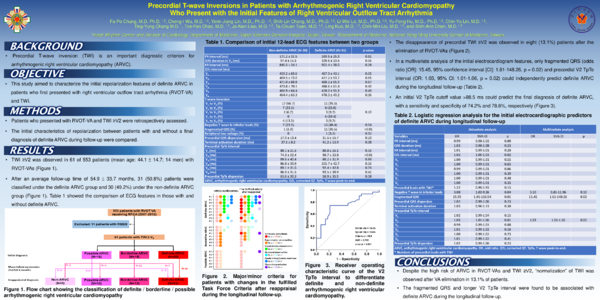