Background: VT ablation has proven to benefit ARVC patients who failed medical therapy. Since the procedure is overall palliative and recurrences are not rare, the role of the 1st VT ablation (ABL1) remains unclear and is underestimated due to data heterogeneity.
Objective: To evaluate the individual role of ABL1 and changes across time.
Methods: We included ARVC patients who had ABL1 in our institution since 2007 and had a follow-up ≥ 1y. Patient characteristics, procedure details, and arrhythmic outcomes were assessed before and after the procedure and compared across different time periods.
Results: 59 pts (33.3 ± 12.9yo; 56% male; RVEF= 0.38 ± 0.08) were included. ICD shock burden and AA drug changes were significantly reduced after ABL1 (Fig 1A), with 30 (51%) pts remaining free of VT (median FU=64 [IQR 51] months); 18 (30%) pts required at least 1 redo ablation. Although epicardial ABL1 was performed in 39 (66%) pts, endocardial ABL1 was not associated with a worse ICD shock burden or survival rate (Fig 1B and 1C). When comparing changes over time, a trend towards an early ABL1 was noted, as given by the gradual reduction in ICD shocks before ABL1 (8.5 [IQR 4], before 2010, to 4 [IQR 5] shocks after 2016; p = 0.034). The use of amiodarone was reduced in 50%. A consistent rise in % of epicardial ABL1 (from 0 [≤ 2009] to 76% [2016-2018]) and a progressive reduction in VT/ ICD shock recurrence after ABL1 were also observed across time (Fig 1D).
Conclusion: ABL1 was associated with a significant reduction in VT/ ICD shock burden. Technological advances and better understanding of the substrate have led to a higher number of epicardial procedures, early intervention and improved arrhythmic outcomes in the past decade. 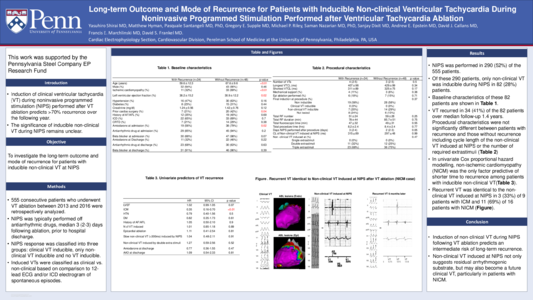 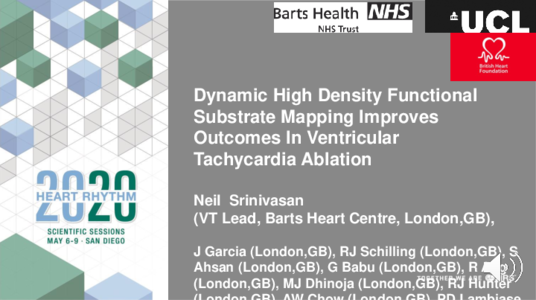 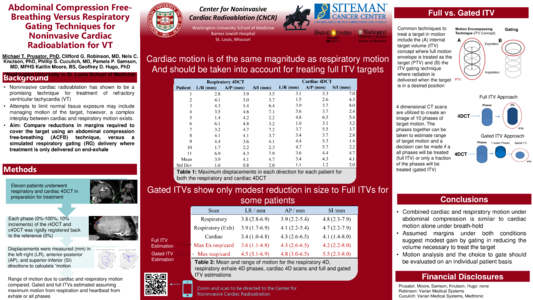 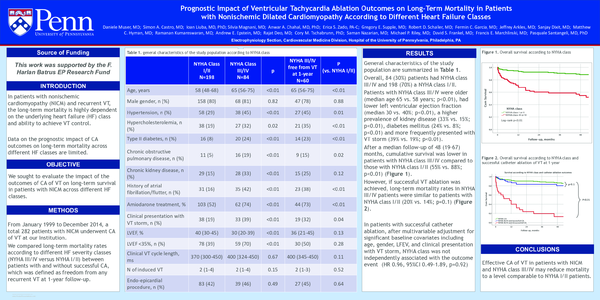 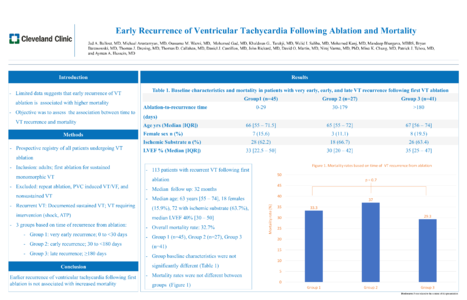 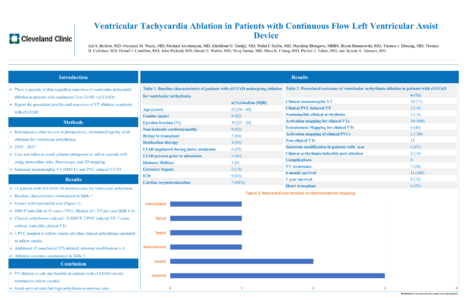 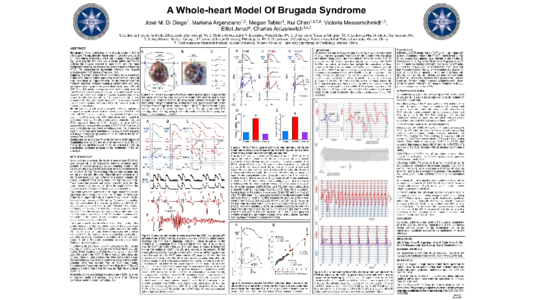 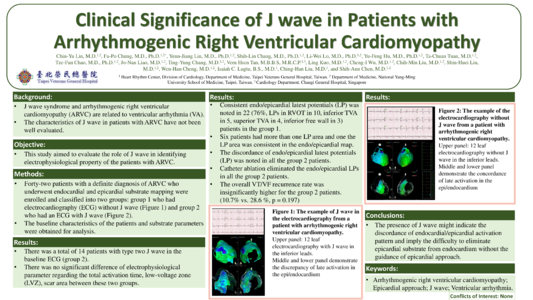