Authors
Disclosure
A. Creta: Nothing relevant to disclose.
Previous eCatalog Next eCatalog

Background: The volume of AF ablation performed worldwide has increased dramatically, one approach to meet this demand is to discharge patients on the day of treatment.
Objective: We aimed to examine the safety of same-day discharge following AF ablation
Methods: All patients undergoing AF ablation at 2 centres between June 2016 and October 2019 were considered. Patients were pre-selected for same-day discharge by the referring physician based primarily on social, geographic factors, the very elderly or other major co-morbidities precluding safe discharge. Primary safety composite endpoint was complication and/or hospitalisation in the 48-hour post discharge.
Results: Among a total of 2628 patients (mean age 62.4±11.7, 62.7% male), 727 (27.7%) were discharged on the same day. Cryoballoon technique was used in 73.7% of the day-case procedures. Thirteen patients (1.8%) in the same day discharge group met the primary composite endpoint, however only 5 patients (0.7%) required at least 1 day of hospitalisation. The most common complications were bleeding/haematoma at the femoral access site requiring thrombin injection (0.5%) and pericarditic chest pain not requiring any intervention (0.5%). Two patients presented with haemoptysis (0.3%), and one with nausea and vomiting (0.1%). None experienced cardiac tamponade or other life-threatening complications.
Conclusion: Same-day discharge following catheter ablation for AF appears to be safe in this large multicentre cohort, with a very low rate of early readmission or post discharge complication. Such an approach could optimise patients experience and use of healthcare resources. 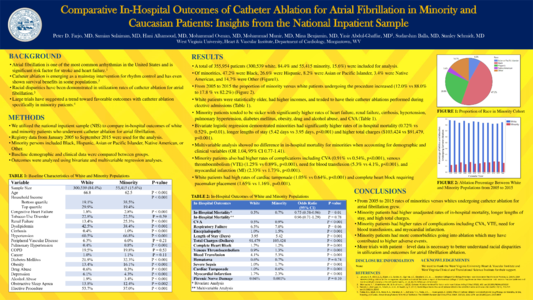 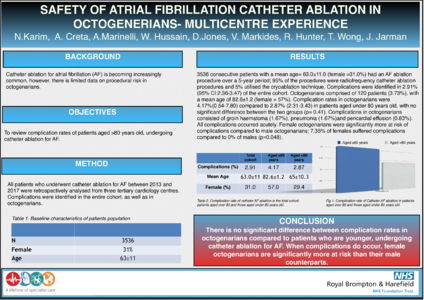 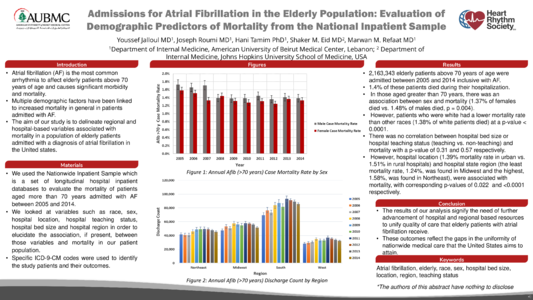 D-PO04-202 - Admissions For Atrial Fibrillation In The Elderly Population: Evaluation Of Demographic Predictors Of Mortality (ID 1234) 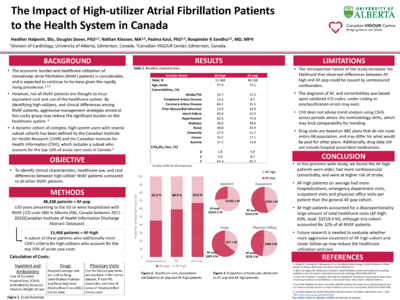 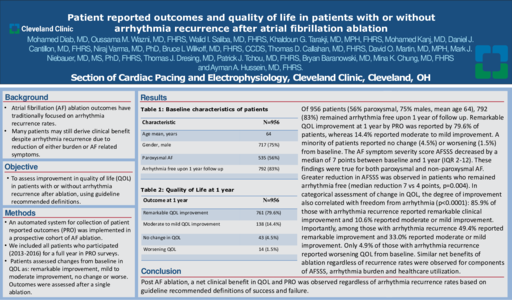