Background: Atrial tachycardia (AT) is a very common arrhythmia during and after atrial fibrillation (AF) ablation.
Objective: To evaluate post-AF ablation AT mapping performance using a novel whole chamber non-contact charge density (NCCD) mapping system.
Methods: A total of 29 patients with a previous AF ablation history (mean age of 58 ± 9 years, 12 males, 17 persistent type, LA diameter 47 ± 7 mm) underwent AT ablation using an NCCD mapping system. The mapping strategy consisted of two steps. The first step was to visualize the real-time multi-channel signals and primarily determine which atrium mainly harbored the re-entry circuit or origin source. The second step was to map and interpret the mechanism of AT (adenosine was administered during AT with AV relationship of 1:1 or 2:1). The procedural endpoint was AT termination and non-inducibility.
Results: A total of 34 ATs were observed during the procedure, including two ATs with focal mechanism and 32 with reentrant mechanism. There were 13 ATs requiring adenosine injection due to AV relationship of 2:1. The average mapping time was 4.0 ± 1.7 mins/AT, including 0.5 ± 0.2 mins for first step and 3.6 ± 2.3 mins for second step. Although there were four unstable ATs observed (sustained < 2 mins), visible AT propagations still were acquired and interpreted. All patients achieved the procedural endpoint. At a median of 13 (range 7-17) months follow-up, 85.3% of patients remained in SR.
Conclusion: The NCCD mapping system is feasible and effective to rapidly and accurately reveal the mechanism of post-AF ablation AT by using a two-step AT mapping workflow, especially for unstable ATs. 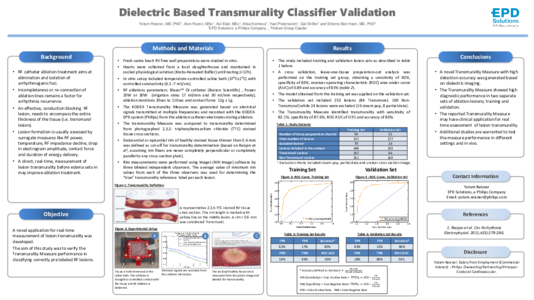 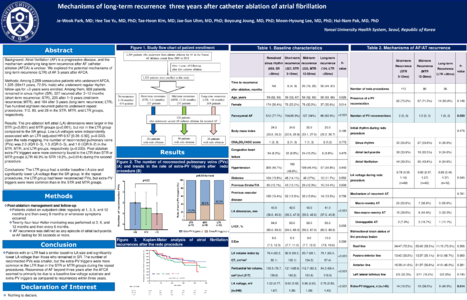 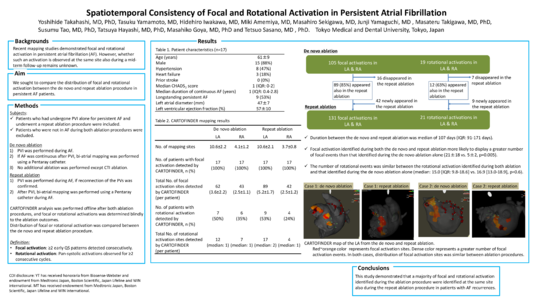 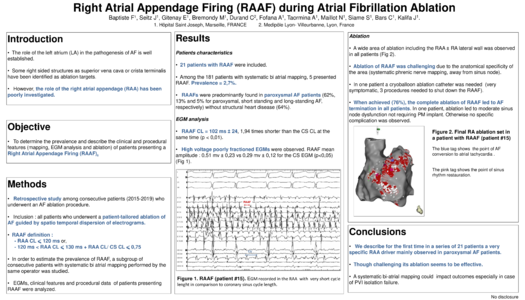 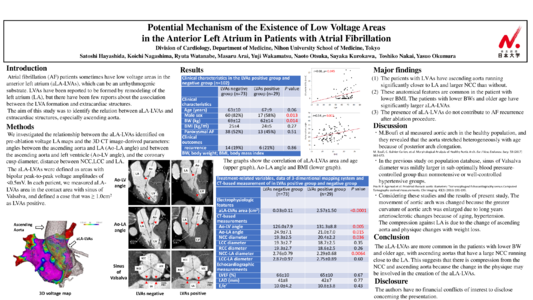 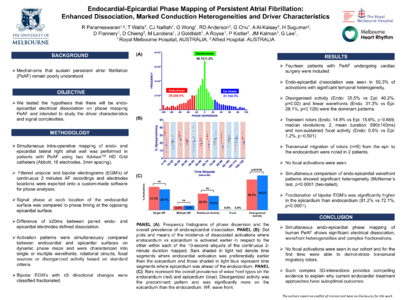 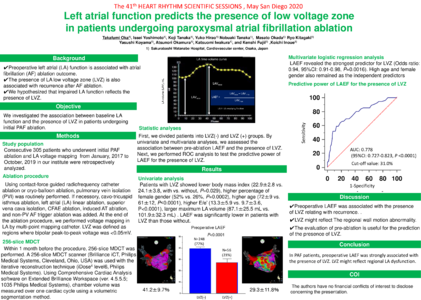 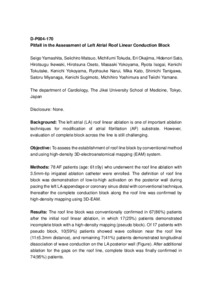 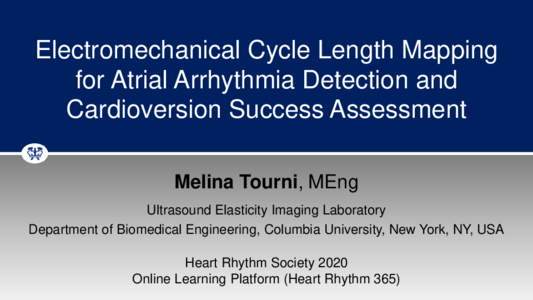 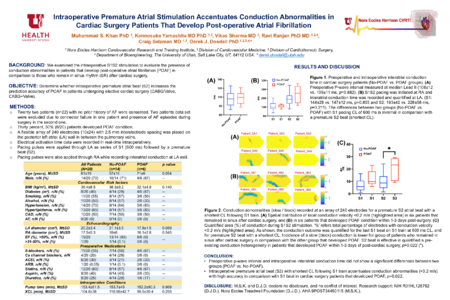 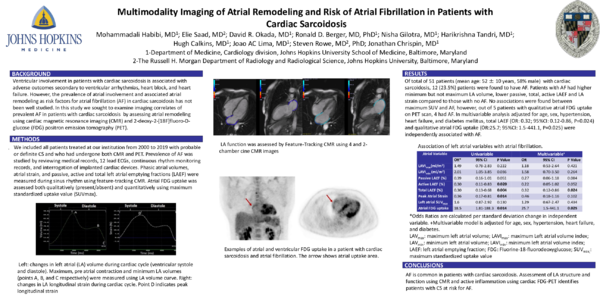