N. Schenker: Nothing relevant to disclose.

Background: Obesity is a multifactorial disease currently affecting approximately one third of the world’s population. It is a relevant risk factor in the development of cardiovascular diseases and has a negative impact on the healing process of injured tissue.
Objective: The aim of this study was to investigate the rate of acute complications, occurring directly after catheter ablation (CA) in patients stratified after their body mass index (BMI).
Methods: In this single-center study we included 1000 consecutive patients (62.0 ± 14.4 years, 61% male) who received CA for cardiac arrhythmia in our department. The primary study endpoint was the occurrence of a procedure related major complication (cardiac tamponade, atrioesophageal fistula, aneurysm, arteriovenous fistula, transient ischemic attack, stroke, myocardial infarction or death of any cause). Obesity was stratified after the BMI of patients and subdivided in 6 categories as defined by the world health organization (WHO).
Results: The mean BMI was 27.6 ± 5.1 kg/m2 and the majority of patients were overweight (BMI 25.0-29.9, n=434, 43%). A BMI of 30.0-34.9 (Class I obesity) was present in 177 (18%) of patients, a BMI of 35.0-39.9 (Class II obesity) in 67 (7%) and a BMI ≥40 (Class III obesity) in 16 (2%). Most patients received endocardial catheter ablation for atrial fibrillation (n=613, 61%). Other procedures included supraventricular tachycardia ablation in 280 patients (28%), atrial flutter ablation in 245 patients (25%) and ablation of ventricular tachycardia (VT) or premature ventricular contractions (PVC) in 178 patients (18%). There were 36 major complications (3.6%) with one postprocedural fatality due to terminal heart failure in a patient undergoing palliative VT ablation due to VT storm. BMI was not predictive of the occurrence of major complications (p=0.4). Compared to normal weight patients, odds ratios (OR) for class I obesity were 1.2 (95% confidence interval (CI) 0.8; 1.6), 1.3 (CI 0.7; 2.5) and for class II obesity 1.5 (CI 0.6; 3.9).
Conclusion: Obesity does not have a significant influence on the occurrence of complications after CA for cardiac arrhythmia. In our study, major adverse events were generally rare, indicating the safety of CA procedures. 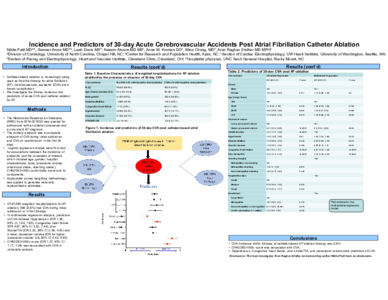 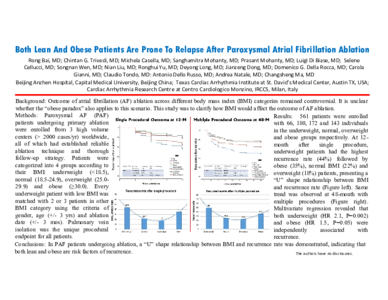 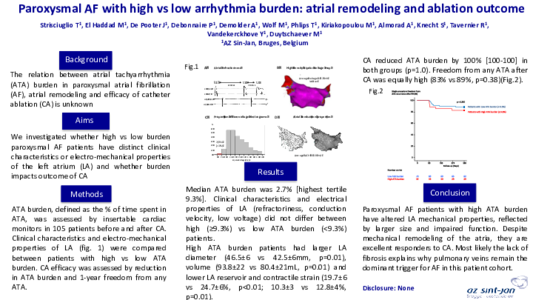 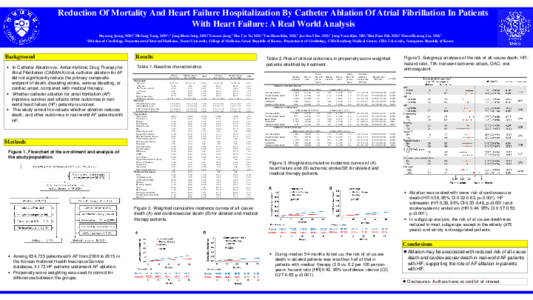 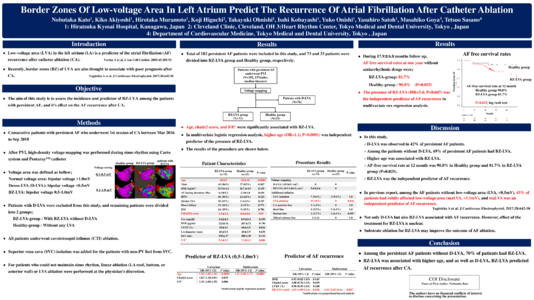 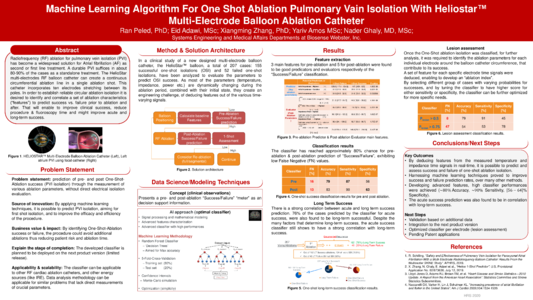