Background: The effectiveness of cardiac resynchronization therapy (CRT) in non-ambulatory NYHA class IV (Nam-IV) patients is not well established.
Objective: We evaluated the role of CRT as an treatment option for Nam-IV patients in terms of clinical, electrocardiographic and echocardiographic improvement.
Methods: From October 2005 to December 2017, a total of 159 patients had undergone de novo CRT implantation at our institute. Nam-IV was defined as following criteria : (1) resting dyspnea, (2) dependent on intravenous (IV) inotropes, vasopressors, diuretics, or vasodilators and/or mechanical support, (3) at least one episode of tapering failure of IV drugs or weaning failure of mechanical supports, and (4) non-elective CRT procedure. According to the criteria, 17 were classified as Nam-IV patients. We evaluated the effectiveness of CRT in terms of survival rate, symptom improvement, duration of IV drug use, annual rehospitalization, electrocardiographic and echocardiographic parameters.
Results: During the index hospitalization, 3 patients were died due to heart failure (HF) progression. Among 14 survivors, 12 patients showed symptom improvement to NYHA class II and 2 patients to NYHA class III before discharge and the IV drug use duration significantly decreased before and after CRT implantation (10.4±6.9 days vs 5.2±5.3 days, p=0.037). There was marked reduction of QRS duration (166.1±29.0 msec vs 151.9±20.5 msec, p=0.01). Only 1 patient undergone heart transplantation at 3 months after CRT implantation. The number of annual hospitalization associated with HF aggravation was significantly reduced after CRT implantation among 13 survivors (1.9±1.6 vs 0.3±0.6, p=0.002). Although there was no significant reduction of LV chamber size, LV ejection fraction was markedly improved at 12 months (20.6±6.7% vs 29.3±13.2%, p=0.029).
Conclusion: CRT could be considered as a treatment option for Nam-IV patients. The effectiveness of CRT in such severely ill patients group was observed in acute phase and also through 12 months after CRT implantation.
Collapse 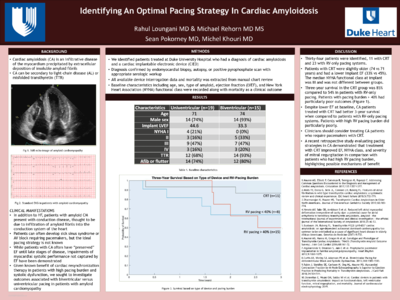 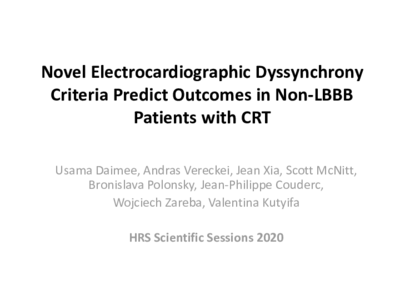 D-PO04-064 - Treatment (or Not) Of Non-Responders To Cardiac Resynchronization Therapy: Decisions And Outcomes In The Advance CRT Registry (ID 414) 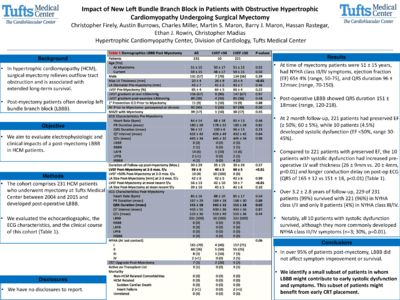